Ad Fraud: A Year in Review

If you’re in the digital marketing sphere, you may have contributed to the $19 billion lost to ad fraud. Research estimates that advertisers will spend $51 million each day on fraudulent ads, totaling billions of dollars in 2018. This year, lost spend due to ad fraud totaled 9% of all digital advertising spend combined.

Here’s what we’ve seen this year with ad fraud.

What is Ad Fraud?

Ad Fraud is any attempt to deceive advertisers with fake traffic, fraudulent leads, or phony ads that will never be seen by a real user. It’s become an ever- growing billion-dollar industry with no signs of stopping. Over the years, attacks have become more and more sophisticated so that AI is now learning to beat CAPTCHA tests.

Unfortunately, ad fraud is not illegal. Despite having zero laws against ad fraud, the industry has made significant steps to combat it. Ad fraud solutions like Anura exist as a firewall to stop fraudulent attacks from hitting businesses where it hurts – their pockets.

OTT. Where OTT struggles most is invalid traffic. For example, when a video publisher buys third-party traffic, it's difficult for the OTT platform to detect where the video ad or page load requests are coming from, making it an easy target for fraudsters.

Using OTT, you can consume content like film or TV through the internet, without traditional cable or satellite TV services. Because of its growing popularity, video advertising spend is set to increase here the most, and fraudsters will follow the money.

Mobile. Mobile apps were exposed to 30% more fraud in 2018 compared to last year. From dating app fraud to shady Android apps that never sleep, mobile fraud is a huge target. And mobile ad spend is growing another 20% this year, totaling over $75 billion in spend. 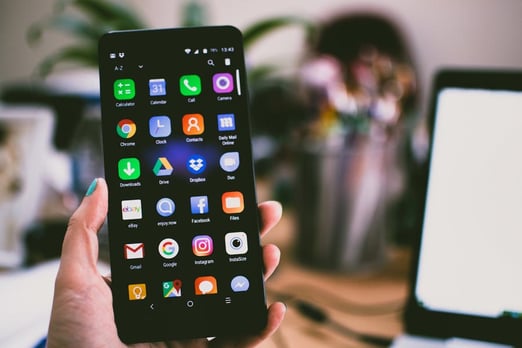 Click Fraud. Click fraud happens to be the most common form of ad fraud. It can happen through automated clicking by bots or human click farms.

Malicious Bots. Bad bots come in many forms including spam bots, zombie bots, chat bots, scraper bots, click bots, and more. These bad bots account for 28.9% of online traffic and fraudsters can program them to do almost anything, from stealing personal information to clicking ads.

Impression Fraud. When an ad is running on a CPM basis, the advertiser pays the publisher per impression. An impression counts every time a visitor sees the ad, but sometimes it might not be a real user viewing the ad. Sketchy publishers can employ a variety of tactics like Ad Stacking or Pixel Stuffing. Ad Stacking occurs when a fraudster stacks multiple ads on top of each other so that only the top ad can be seen. Pixel Stuffing happens when an ad is inserted into a 1x1 pixel, and although it is technically on the page, the ad is not viewable by the human eye. The catch is, although these ads will be invisible to users, it is still counted as served.

Domain Spoofing. Fraudsters deceive advertisers by making their sketchy sites appear as a trusted domain and URL. Switching letters around, like using a capital “I” instead of a lowercase “l” is a common ploy. While you might think you’re bidding on a reputable site, your ad will actually show up someplace much different.

Search Fraud. Fraudsters can use keyword stuffing to make their phony websites appear higher on search engine results, which could trick advertisers into thinking the website is safe.

Here are a few steps you can take to make sure you’re ready to take on the new year.

Get to know ad fraud. When you know what to look out for, it’ll be easier to spot suspicious activity. Knowing the signs of ad fraud will help you detect if your campaign has become a target.

Do your research. Know exactly who you’re working with, and only work with publishers you trust. This will help you stick to reputable partners and avoid the blacklisted ones.

Related Post: Why Aren’t There Laws to Stop Ad Fraud

Monitor your campaigns. Don’t just set it and forget it. The more involved you are in your campaigns, the more likely you will be able to spot when something goes awry. Monitor any activity that looks suspicious, like a spike in clicks or unfamiliar traffic sources.

Ad fraud isn’t going anywhere, so let’s gear up and prepare to fight it head on.