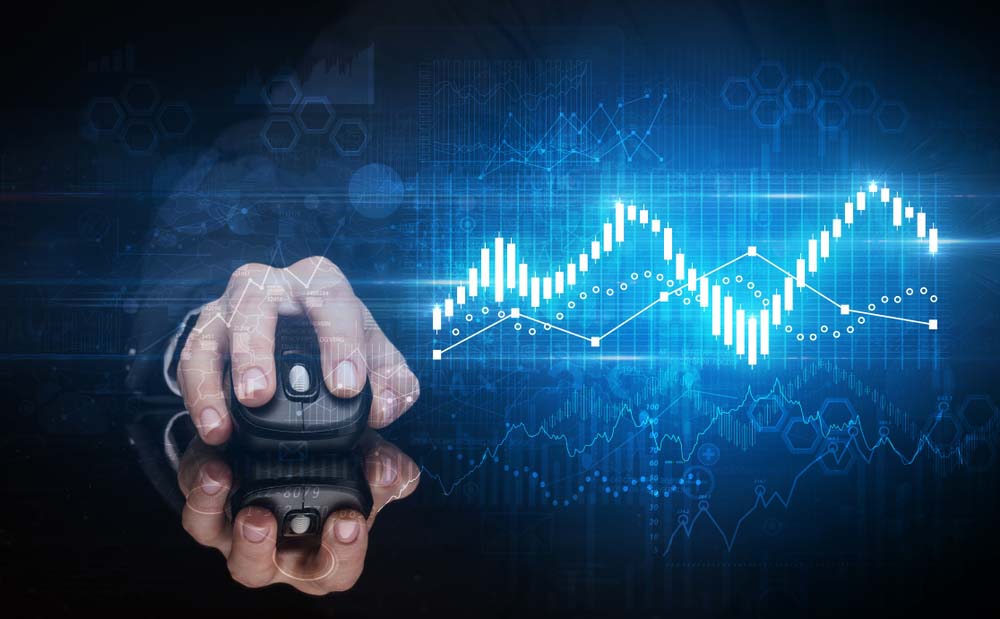 Ad Fraud: You're Not Sneaky If We Can See You

The internet is a fraudster’s paradise. There are no consequences or regulations regarding their actions, leaving advertisers in a serious predicament. Many waste billions a year in fraudulent advertising spend.

The chances you’ve been affected by advertising fraud are high. 67% of online bot traffic originates from residential IP addresses. That’s more than half!

1 in 5 sites are affected by site scraping. Fraudsters need content to draw advertisers in, so they scrape it from other sites. Once advertisers start running ads, the fraudster’s site appears legitimate, even though it really isn’t.

Related Post: How to Protect Your Blog From Fraud

Don’t let fraudsters get away with stealing your words, images, and videos. There are resources available to help you remove the pirate content from a fraudulent site. That is, as long as it’s not considered fair use.

Ever notice an ad that appears out of place? When advertisements are inserted into an advertiser’s site without approval from the advertiser, they’re called ad injections.

Injections can occur when a user downloads a browser extension or app that’s bundled with a software that injects unwanted ads into the user experience. If you’ve downloaded a game app on your phone then you’ve probably experienced firsthand how annoying it can be.

Ad injections aren’t limited to online advertising. AT&T was accused of intercepting Wi-Fi and injecting it with ads, to monetize their Wi-Fi access. That comes shortly after Google ‘tightened-up’ their Chrome extension usage policy.

More recently OMG Music! inserted an ad for Citizens Bank on Andover Bank’s website. You can imagine how unhappy Andover Bank was after realizing they were advertising for a different bank. Ad injections aren’t fun for the victim.

Cookies are a subset of fraud that goes undetected. Affiliates are paid to have their cookie associated with a user’s purchase. A user views a website and receives a third-party cookie. This cookie isn’t from the site they viewed, it’s from a completely different site.

Fraudsters enjoy this type of fraud, because it’s harder to detect, and takes time to capture. We saw this play out in 2013 when eBay had to work with the FBI to place two of their affiliate marketers in prison. The two affiliates had earned an astounding $28 million and $7 million in commissions over just a few years.

Advertisers need to be particularly wary of display ad fraud. They pay for display sectors by the view, or by the number of impressions the viewer is left with. Fraud takes place when the ad is never actually viewed.

Viewability is your ad or video being seen by the user, and how long they look at it before it’s actually considered viewed. The Media Rating Council (MRC) took a step in helping advertisers by adopting requirements for viewability. But in reality they made a big mistake.

The fraudsters now have their own set of guidelines to deceive the system. Here are some examples. 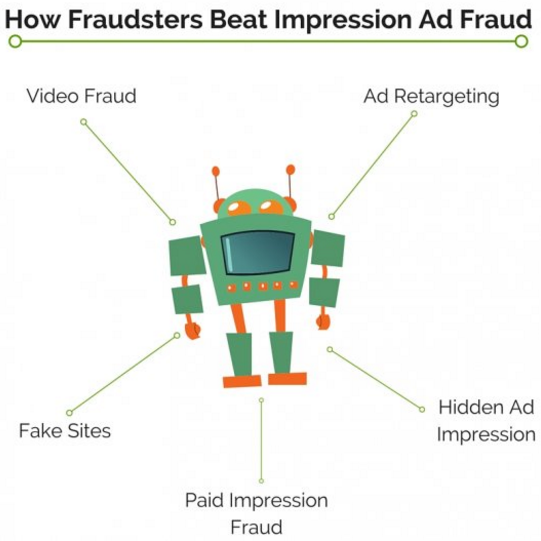 Fake Sites. The whole reason they exist is for ads. They contain no true content a user would be interested in.

Hidden Ad Impressions. Two ads with one stone. Small ads can be hidden within a larger ad. Now you have the larger ad showing as a viewable impression, and the smaller ad running inside it, too.

Video Fraud. Payouts are generally up to 10x that of a banner ad, so it’s cost effective. They’re usually stacked, layered, or invisible (e.g. one pixel by one pixel).

Ad Retargeting. By imitating engaged user behaviors, bots can appear to be human. Let’s say a bot mimics someone looking for candles. The ad retargeting company (a bot), picks up on these engaged users, and serves them retargeted candle ads. The ads were never actually viewed by an engaged user, but they still make money off the impression.

Paid Impression Fraud. Advertisers pay for added traffic to their website, but instead receive traffic from bots. These are usually undetected without a handy tool known as a third-party traffic scoring solution.

Search ad fraud, also known as click fraud, is the biggest form of online advertising fraud to affect both small and large publishers. The Association of National Advertisers (ANA) reported 52% of traffic from premium publishers (previously believed to be unaffected by fraud), was found as fraudulent.

Fraud occurs when a click is generated without any real interest in the result of the click. This action could be taken by a person or bot posing as a human.

Click fraud can be detrimental to an advertiser’s pay per click spending account, up to 20% of their budget annually. Just think about it: an advertiser pays for each click in hopes it will convert into a lead. But when a bot is involved, the click is void with no true value.

Pay per click advertisers do have one tool on their side: third-party traffic scoring systems. These systems filter out the fraudulent clicks, lessening the damage. Now we need all of the third-party systems to come together and agree on what they consider is a “fraudulent traffic signal.”

Surprisingly, this time it isn’t a bot behind the fraud, it’s real people. Domain spoofing is when your URL is taken over. URLs of premium or reputable brands are sure to be on a whitelist, plus larger bids come with the elite status of these premium brands, making them particularly appealing to fraudsters.

By adding a line of code to the website, scammers are able to make advertisers think their phony sites are reputable.

Previously, online form fill-outs were thought to be safe from fraud. After all they could only be filled out by humans, right? Wrong.

In 2010, Harvard’s Ben Edelman debunked that theory when he discovered a new form of fraud that actually resulted in real conversions. He proved fraudsters had written sophisticated software to fill out the forms and look like real customers that would spend money with advertisers. The tricky bot was then able to get by without suspicion, since sales were made in the process.

Don’t worry, this form of fraud has been minimized with CAPTCHA forms, all thanks to Edelman’s sharp eye.

Advertisement fraud won’t be leaving anytime soon. But for now, we have some solutions to keep fraudsters at bay.