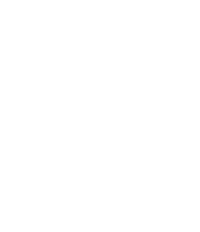 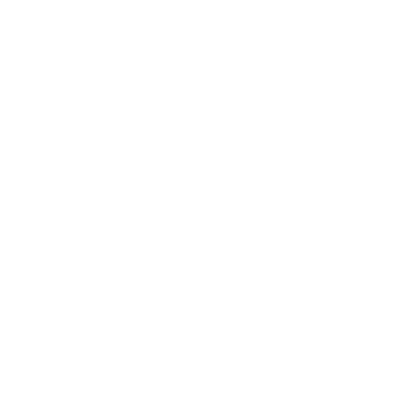 SmartFinancial is a comparison marketplace for insurance that brings together customers and insurance providers. With a network of thousands of insurance agents home, auto, commercial, life, and health insurance, SmartFinancial is the smart and easy way to shop.

Insurers benefit from getting traffic at scale in a cost-effective manner (including the analytics they need to make data-driven decisions). The company has grown explosively—it operates in all 50 states and is on track to exceed 10 million customers. 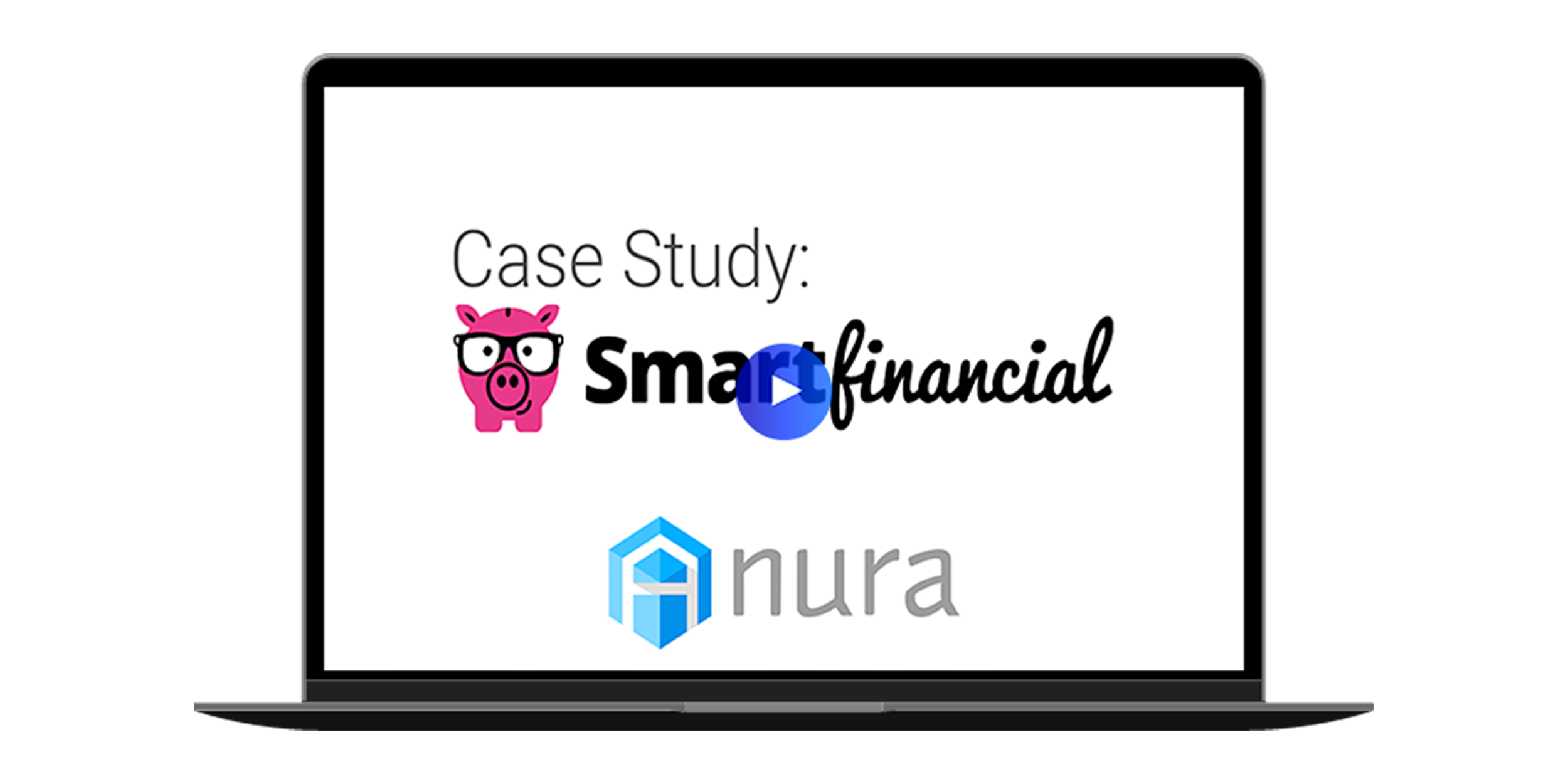 To help fuel growth and increase their market share, SmartFinancial invested heavily in digital advertising. Lev Barinskiy, SmartFinancial’s founder and CEO, noted that the company was a “broad digital advertiser.” They put ads on different platforms and search engines to drive traffic and leads for their primary website.

However, SmartFinancial quickly noticed a problem with ad fraud and ad quality issues when they deployed their marketing dollars at scale. Even before doing a deep dive into their own analytics, they quickly came to realize that they were suffering from a significant amount of ad fraud.

Once they realized that fraud was prevalent, SmartFinancial tried out several solutions to deal with it. Despite being a tech company, they weren’t in the business of identifying fraud. They had no idea the lengths people would go to in order to commit fraud.

Being so used to dealing with massive data sets helped SmartFinancial identify fraud. Using aggregate data, they could plainly see that certain marketing channels were of varying quality and value. However, even with an in-house solution, they had difficulty finding and stopping fraud in real-time.

As Lev Barinskiy said, “You have to partner with companies that focus on that part of the business and stay two steps ahead. You need focus and domain expertise, and we were not in that space.” Focusing on fighting fraud with internally developed and maintained solutions was proving to be a burden that detracted from the resources they needed to drive their insurance business.

So, they began to search for third-party solutions that could help alleviate the strain.

“You have to partner with companies that focus on that part of the business and stay two steps ahead." - Lev Barinskiy

SmartFinancial’s CEO met Anura’s CEO, Rich Kahn, before approaching the company. The two had met at a conference and started talking about their companies’ respective challenges. Rich introduced Lev to the Anura ad fraud solution—so SmartFinancial started with the free trial to test its power.

To confirm whether the Anura solution was the best, SmartFinancial decided to A/B test it alongside other ad fraud solutions (including their own internally developed software). As Lev said after the test was done: “It was a no-brainer.”

They chose to use Anura for their ad fraud solution. Lev Barinskiy explained his company’s reasons for choosing Anura, stating that:

“From a non-technical person’s point of view, it was a very easy-to-use, user-friendly platform. I always liked the UI; it was really helpful. More technical people on the team had other benefits that they were impressed with the level of data that we’re able to capture is superior to the other solutions out there.”

Anura’s quality and ease of use blew the competition out of the water. And, for more than three years now, SmartFinancial has relied on Anura for its ad fraud solution.

One thing that SmartFinancial’s CEO complimented was Anura’s support over the years. He said: “We’ve had nothing but positive experiences working with Anura. Just the level of support with any sort of issues or questions that we may have was always answered quickly. New features and rollouts were always a pleasure.”

So, what have the results been for Smart Financial since incorporating the Anura Ad Fraud solution? Almost immediately, SmartFinancial noticed that the Anura solution was able to provide a level of performance that other ad fraud solutions couldn’t match.

Since implementing Anura, SmartFinancial has nearly doubled in size over the last few years. Their team attributes this success to being able to improve and then maintain the quality of their marketing leads year-over-year with extreme consistency thanks to their use of Anura’s ad fraud solution. Now, the company is on track to service 10 million customers.

On top of using Anura’s ad fraud solution internally, SmartFinancial often shares the data that they collect with their partners, which helps their entire industry fight fraud more effectively. Lev noted how much they rely on and trust the accuracy of the information they collect with Anura:

“When we share some of our findings that Anura surfaces, it’s sometimes met with resistance. But I don’t think that anyone has ever had a factual case to back up those challenges. I haven’t seen, in my experience, where someone was able to counter the findings, I could substantiate with Anura."

To other companies in the industry, Barinskiy makes this recommendation: “Anyone investing in the digital space really needs to look into getting an ad fraud solution. There are always bad apples out there that are trying to take advantage. So, it’s important to partner with a company that specializes in ad fraud. I would say that anyone who’s serious about growing their business has to be mindful of ad fraud and has to be prepared to fight it." 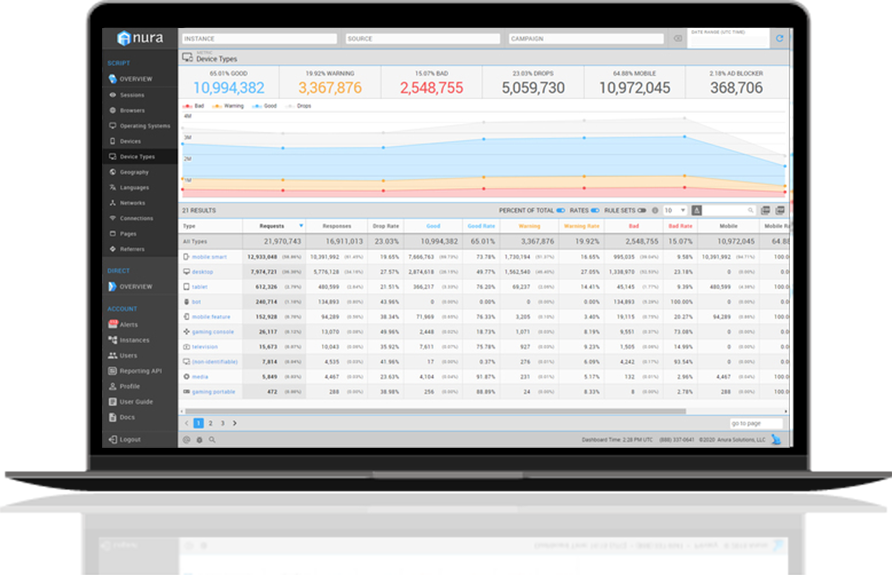 Are You Ready to Fight Ad Fraud?

The results that SmartFinancial has realized help to highlight how much of an impact eliminating ad fraud from your digital marketing campaigns can have.

However, you shouldn’t just take our word for it! Get a free trial and see how it works for yourself.

Learn more about how your organization can eliminate ad fraud, increase marketing campaign performance, and build a stronger network of affiliates.