Ad fraud isn’t going anywhere, and costs are expected to climb to $44 billion annually by 2022. Adding a layer of protection against fraud seems like it should be a priority to stave off the bleeding. But actually, it’s not uncommon to hear “Thanks, but I don’t need an ad fraud solution.”

Some performance-based marketers think ad fraud doesn’t affect them. However, their industry works with impressions, clicks, and engagements, which can all be compromised by ad fraud. And just because you don’t see the signs, doesn’t mean ad fraud isn’t there lurking in the background.

The signs that fraud is afoot may not always be immediately (and easily) detected. Just because you’re seeing a spike in clicks doesn’t mean that they’re real users.  Lots of impressions mean nothing without true performance results. Remember real users equal real conversions.

2. Their Clients Are Happy

Some marketers simply don’t want to rock the boat. They have clients who are happy with the clicks and impressions that they’re getting. But just because a client is getting tons of clicks or video impressions doesn’t mean real users are viewing and interacting. If it’s bots or human click fraud behind the uptick, these marketers will experience short-term gain followed by long-term pain.

A happy client can quickly turn to a chargeback once the client realizes they aren’t getting the results they’re paying for. Unfortunately, chargebacks quickly add up and soon you’ll find yourself in the red.

3. They Used a Solution and Didn't See the ROI Impact

Another reason, and it’s a valid one, the marketer used an ad fraud solution and didn’t see a positive impact on their ROI. Here, it’s likely they used the wrong platform for their needs. Ad fraud protection platforms differ, and each one has its own way of identifying and combating fraud. Some solutions focus on vanity metrics or probability statistics which can easily be manipulated. 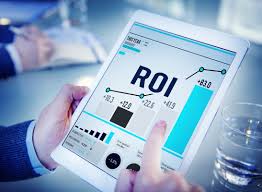 For example, if they were using a platform focused on viewability, it’s been proven that bots can beat the viewability metric. This would explain why they failed to see a positive ROI impact.

In this scenario, it’s not that they don’t think they need an ad fraud solution, they just don’t want to use a third-party solution. Many big-name brands (e.g. Heineken and Chase) who were frustrated with their current ad verification agencies decided to bring their ad fraud verification in-house.

However, switching to in-house has its pros and cons. The latter includes requiring resources such as time, employees, and budget. Using an in-house system can potentially tax your workload. Marketers need to tread carefully before committing to such an endeavor.

So, How Do You Change Their Mind?

Why Aren't There Laws to Stop Ad Fraud