8 Ad Fraud Techniques and How to Stop Them

Every year, advertisers lose billions to ad fraud, and there are many brand and agency professionals who don’t even realize it. In fact, as many as 37% of advertisers are unaware of ad fraud or how it’s affected their marketing efforts.

8 Ad Fraud Techniques and How to Stop Them

If you don’t know what to look for, detecting ad fraud is next to impossible. But the more you know about it, the better you’ll be able to protect yourself. Here are eight deadly types of ad fraud techniques that you need to be aware of.

It can be tricky to spot domain/URL spoofing, and it only takes one line of code for you to become a victim.

Fraudsters will use this line of code to change the website address of their site to mimic the URL of a more reputable site. On first glance, it’ll look like the fraudster’s site is actually the real one. So, when you land on a spoofed site, you’ll think you’re visiting a reputable publisher (such as PayPal). 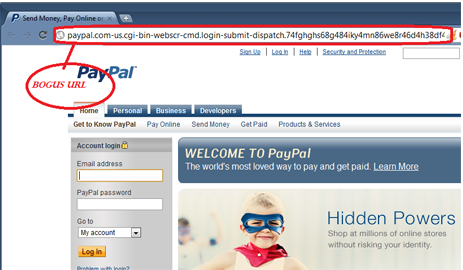 But, if you log into a spoofed website or type in any credit card information, you’re giving fraudsters exactly what they want: sensitive information about your finances.

Both bots or humans can cause lead generation fraud.

When the fraudulent traffic is from humans, it’s usually because publishers are purchasing traffic for their site. You’ve probably heard of all those “work from home” schemes. A lot of them involve hiring people to interact with these publishers to bump up their traffic numbers.

This is a negative for advertisers because they’re paying to place ads on a site that seems to get good traffic. And it looks like they’re generating leads, but these “leads” will never convert.

Even social media advertising isn’t immune to lead fraud. There are businesses called click farms that are based around selling likes and shares to social media profiles. These fake profiles will interact with anything - including any paid social media ads.

Lead fraud from bot traffic has become a larger problem in the past few years because bots are getting more advanced, and therefore more difficult to detect.

Bots can easily generate ad impressions and fill out forms by mimicking human movements. They can trick advertisers into thinking they’ve gained a new lead’s contact information, when it was really just a bot.

Traffic fraud is similar to lead fraud, but this time, it’s the publishers that are the victims. To increase their traffic numbers, some publishers will purchase additional traffic so they can ultimately charge more for advertising.

Unfortunately, most purchased traffic comes from unreliable third-party sites, which are generally crawling with bot traffic. This means that publishers are paying for illegitimate traffic, even if they don’t realize it, then charging a premium price for advertising on their site, even though they don’t actually have legitimate traffic to offer. This can destroy their reputation as a publisher for future advertisers.

Retargeting fraud involves bots similar to the ones involved with lead fraud. Fraudsters program the bots to act exactly like humans to interact with ads and trigger a retargeting campaign.

So, you’re once again spending money to continue advertising to users you believe are real customers. In fact, you might even increase your retargeting budget because you think you’re getting so many customers who are on the verge of converting.

Ad injection involves a type of malware that infects a web page and makes it vulnerable to unwanted ads randomly appearing on the site. Even some of the biggest brands in the world have fallen victim to ad injection. 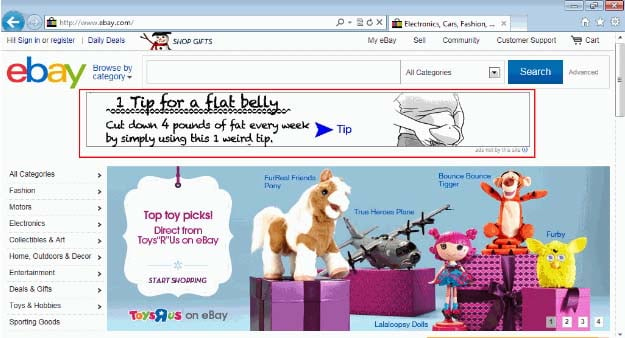 When an ad is injected onto a site by a fraudster, that ad space is never actually paid for. Most of the time, these ads will either be inappropriate for the site they’re on (which can hurt your brand’s reputation), or they’ll take anyone that engages with them to a questionable site.

Or, it could be the ad of a site’s competitor, such as Target’s ad on Walmart’s website. 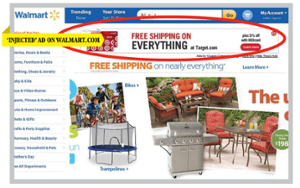 Not only do injected ads leave a site’s brand reputation at risk, but they can also slow down the site speed for consumers.

It can also devalue the site as an ad publisher for any future advertisements, because no marketer wants to knowingly risk losing money on a less reputable site.

Ad stacking and pixel stuffing are both impression-based fraud. Basically, advertisers end up paying for their ad to be seen, even though it never is.

Ad stacking involves literally stacking ads on top of each other in a web page. But, only the top ad is ever seen, even though an impression is counted for each ad. It’s one of the more subtle types of ad fraud, because it’s difficult to tell that there are additional ads hidden underneath.

Similarly, pixel stuffing involves counting an impression when the ads virtually impossible to see. But instead of stacking them, entire ads are “stuffed” into individual pixels.

Technically, the ads are there when the page loads, but they’re essentially invisible.

Any type of ad can be minimized into a pixel, including a video ad. If you’ve ever visited a web page and heard audio playing, but couldn’t find a video to accompany it, you’ve most likely come across an example of pixel stuffing.

Search ad fraud is one of the most common forms of fraud where advertisers are losing money.

Fraudsters develop fake websites that target expensive keywords in order to look like a reputable publisher to advertisers. Then, they’ll sell ad space on these fraudulent sites targeting the popular keywords (that also come with a high CPC).

The site owner will then use bots to engage with the ads, which benefits the site owner because they’re generating revenue, but costs the advertiser big time. They just paid a premium price for space on a website that was never actually going to get them legitimate clicks.

These ad fraud techniques can be difficult to monitor and catch without the right tools. But you can take a few measures to help protect yourself.

It’s always a good idea to request transparency from your publishers. Ask them where their traffic originates. A trustworthy publisher will be able to tell you, and if they don’t, you might want to avoid them.

You can search for your site with your browser in incognito mode. Doing this will let you see what pops up on your site to any newcomers or other users.

You can also use a third-party monitoring system to filter your incoming traffic. It’s especially helpful to find a service that monitors traffic in real-time, so you can stop any fraudulent traffic before it costs you money.

Way too much of marketers’ ad budgets are being lost to fraud. It’s essential that you know what types of ad fraud are lurking out there so you can be better prepared to stop it. Schedule a trial with the Anura team to learn how an ad fraud detection platform can improve your campaign performance.

Live Fraud Paper Threat: What You Need to Know