Brand Safety: Is a Universal Rating System the Answer?

Brand safety is a top concern for many companies, particularly when it involves ad placement. Correct ad placement is crucial; a family-oriented brand can’t risk being placed on a site that hosts edgy content.

But who determines what is edgy? Unlike some industries, which use a grading scale to determine what is safe or offensive, there is no universal rating system for digital advertising. Websites aren’t assigned a PG, PG-13, or R-rating like a movie.

Currently, the industry is like the Wild West, with each company having a different definition and tolerance for what they consider is brand safe. To eliminate confusion and increase transparency, a universal rating system may be the solution that brands need.

How It Would Work

A universal rating system would be similar to how we rate movies, but more granular. To keep up with content changes, the system would rate individual web pages in real-time.

Instead of probability statistics, which aren’t definitive, the system would perhaps use a letter or color scale to indicate levels of safety:

Letter System. Scale would range from A to F, with A being ideal and F being bad. 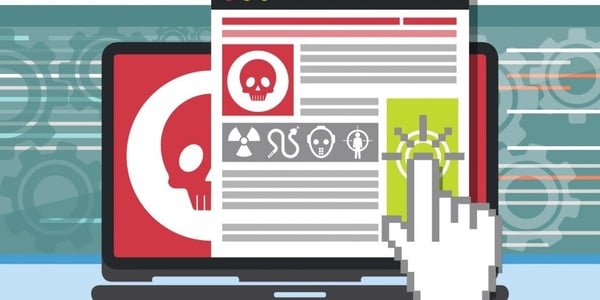 Grading would be based on audience perception instead of brand preference to make it more fair. Using brand preference only opens the door for bias plus it gets more complicated if you’re tailoring a rating system to reflect a brand’s specific needs.

Related Post: Not All Ad Fraud Protection Is Cut From the Same Cloth

For instance, let’s say the Winter Olympics are sponsored by McDonald’s. Burger King doesn’t want any of their ads associated with the Olympics. In this scenario, the Olympics would be flagged unsafe by Burger King. Does this mean all content on NBC is unsafe for Burger King? No. But this is just one example of the problems you’d run into allowing brands to run the show.

A universal rating system is a solid start, but it’s not a catch-all cure. Brand safety is still vulnerable to ad fraud, too. And there’s also the issue of choosing who will oversee the system, which will likely ignite pushback within the industry.

3 Things About GDPR That Scare Publishers