What Are Fake Leads and How to Identify Them?

Fake leads are a form of lead fraud that cause you to misdirect your time and energy into the wrong channels. Whether this is through giving money to fraudulent affiliate marketers who do not provide results, causing your PPC campaigns to optimize poorly at fake sources that will never convert, or wasting call center resources with calls to non-existent customers, you are the one that suffers. They draw your attention from real leads and instead focuses it on avenues that will do nothing but waste your valuable resources.

This is not all though, as unknowingly reaching out to fraudulent leads can have even more serious consequences. Companies that gain a reputation for getting a hold of people through phone or email without consent or prior engagement can often suffer irreparable damage. Nobody wants to do business with a company that forces itself on customers, and fake leads can lead you down this path without you even realizing it is happening.

In some cases, this can even have legal ramifications. The Telephone Consumer Protection Act (TCPA) fines companies that contact consumers without their consent. If the people you are reaching out to decide to complain, you can suffer both directly from the fines and indirectly through yet more damage to your public image.

Whether it is through wasting your marketing budget or damaging your reputation, falling victim to fake leads is not an issue you can afford to ignore. 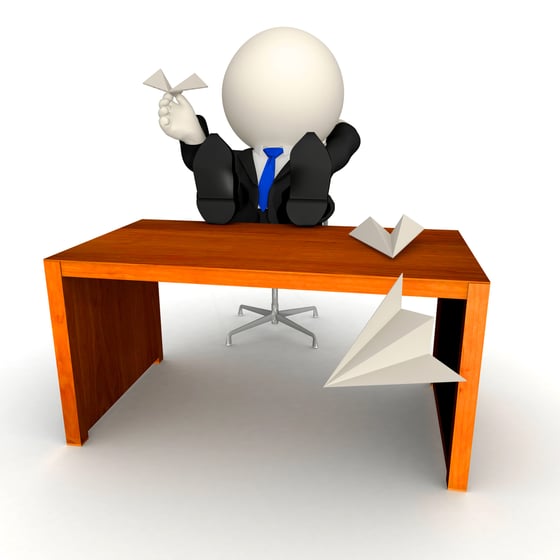 What Are Fake Leads?

Fake leads are any leads that are generated through the input of false information. While this can simply be people not wanting to give a site their information, they fill out the form with incorrect information to get past the form. In the overwhelming majority of cases today, fake leads are instead generated on an industrial scale.

This predominantly takes place in human fraud farms, with thousands of workers in cyber factories located in developing countries working at a computer. These people’s sole job is to commit ad fraud, and fake lead generation is often the form this takes.

They do this by heading onto sites like yours, spending a bit of time clicking around to simulate genuine use before signing up for a membership, to be put on a mailing list, or to request a consultation call. In some cases, these are easy to spot with clearly fake information, such as a phone number comprising entirely of 1s.

Increasingly though, they will take things a step further, and use real user information. With most people’s would-be private information such as names, addresses, emails, phone numbers being readily accessible online, it takes little effort for fraudsters to secure a near endless list of personal details. These will convince back-end security checks that the fake lead is real.

How Can Fake Leads Damage Your Company?

The five key ways in which fake leads are giving fraudsters unprecedented opportunities to hurt your company are:

The most obvious way in which fake leads can hurt you is by directly taking from your marketing budget. If you operate a pay per click or pay per lead marketing campaign every one of these fake leads will directly steal from your budget. While one or two may not cripple a campaign, this is happening en masse, even the most well-run company will start to struggle as the fake leads just piles up as your sales figures go nowhere.

Almost every online campaign these days will involve constant iterative targeting and retargeting to ensure you are only aiming your ads at people that may actually turn into leads, and eventually, conversions. This is necessary in an increasingly competitive online space to ensure your money is used as efficiently as possible, but it can backfire.

If your analytics software is using inaccurate data points from fake leads to build up your buyer persona, the chances are the skewed target audience will have little to no relation to your actual targeted market. Your ads will end up hitting people who offer no chance of converting into actual sales and your conversion rate will be in the toilet.

In many industries, reputation is everything. People want to know they are working with reputable businesses that they can trust. They do not want to be contacted by a company unsolicited. If your company gains a reputation for doing this, you risk dealing with the ramifications of potential complaints and negative hits to your reputation. Long term, almost no company can survive with a bad reputation, and contacting multiple fake leads is a sure-fire way to cause irreparable damage.

The consequences are not just short term either. Any follow-up on a lead that the individual didn’t expressly give consent to call, is classified as a TCPA compliance issue. All it takes is a few of the people you have contacted without their permission, to complain, and you could start being hit with fines of up to $1,500 per call! This not only has the immediate financial impact but turbocharges any damage in reputation you were already suffering. An enforced TCPA punishment is a black mark against even the most reputable companies.

How Can You Identify Fake Leads?

With so much on the line then it is vital that you identify fake leads, know when you are falling victim to lead fraud on a wider scale, and put a stop to it.

Now, fake leads tend to be pretty easy to spot after you have contacted them. Confused people on the other end of the phone, angry emails in reply to you reaching out, or even being blocked altogether. Looking out for these things is important, and alarm bells should definitely start ringing if it is happening too often.

The issue is that it is reactive. By the time you find out about fake leads in this way, it is already too late. Yes, you can track these and if they are coming from the same source you can cut it off and move on, but the damage is often already done. You have wasted time and resources on a fake lead that was never going anywhere, and even with your sincere apologies and efforts to make amends, your reputation is still going to take a hit or worse yet, a legal issue.

Instead, you need to be proactive. You need to identify false leads before you reach out to them. You need to be analyzing where your traffic is coming from and whether it is legitimate in real-time.

This may sound overwhelming but with a professional ad fraud solution, it can be done with almost no effort on your part. Anura can identify fake leads for you as they happen, cutting out all of the pain, and saving you from all of the damage. This means that you can focus on doing what you do best and converting those leads that actually exist.

For more information on fake leads, help to identify if you are already a victim of lead fraud, or to talk about protecting your campaigns, get in touch for a free trial with an expert today.

The Future of AI in Lead Generation