For advertisers, using an ad fraud solution isn’t even a question anymore, it’s a necessity. Unless advertisers are proactive against ad fraud, they stand to lose an estimated $19 billion to ad fraud this year.

But if you’re still on the fence, we’re giving you 10 warning signs fraud is afoot along with the repercussions of what can happen if you don’t employ an ad fraud solution.

When you’re analyzing your campaign data and analytics, keep an eye out for these suspicious signs, which can indicate ad fraud is at play:

1. Spike in Clicks. After seeing a steady level of clicks, they randomly spike up. Fraudsters use bots and click farms to make it look like your campaign is popular, only to run up your ad spend.

2. Low Conversions. Ideally, conversions should increase with volume. But even though you see a spike in clicks, you still have a low conversion rate. The numbers don’t add up.

3. Abandoned Shopping Carts. You notice visitors loading up their carts only to leave them behind. To fly under the radar, bots regularly disguise themselves as “humans” shopping. But since bots can’t actually purchase anything, they’ll bounce and abandon their cart.

4. Drained Budget. If you’re spending a ton of money but getting little to no ROI, you could be experiencing fraud. Fraudsters waste ad budget by showing your ad to bots instead of humans, or by placing your ad where it can’t be seen by the human eye.

5. High Bounce Rates. A bounce is when a visitor arrives on one page of your website and doesn’t go any further into your site. If you’re seeing a lot of users abandoning your site, you could be a target of bot activity.

6. Low Session Duration. Traffic doesn't stay on your page. Most of your traffic hits your site, then only stays on the page for less than a second. Zero second session duration (as pictured in the bottom four rows) often points to bot activity.

7. Unfamiliar Traffic Sources. Look into your traffic data. Bad traffic may originate from large data centers and send multiple clicks from the same IP address. If your traffic is coming from an area outside of your target audience, this is a red flag.

8. Low Performance. Your campaign success relies on the viewability of your ad. Your ad might not be performing because it’s technically invisible. Potential customers may be searching for you, but if a fraudster has manipulated your ad, your customers won’t be able to see it.

9. Low Page Views. You recently put an ad up, but you aren’t getting any response. One possibility is your ad isn't viewable. Shady publishers engage in methods like ad stacking or pixel stuffing, where your ad will be posted, but it’s invisible to the human eye.

10. Lots of Impressions Without the Results. If the opposite happens and you're getting lots of views with no response, you could have a bot problem. They’ll swarm your web page but won't take any action.

If you find you’re experiencing one or more of these issues, it’s time to invest in an ad fraud solution. If you don’t, there will be repercussions.

What Happens If You Do Nothing

If you decide to remain unprotected, there are several risks you’ll face. These include:

Brand Safety. With ad fraud comes the possibility of brand safety issues, like your ad popping up right next to sensitive material. This has already created big problems for brands (e.g. Tiki). Sketchy publishers don’t care where your ad ends up, so long as they’re racking up a paycheck.

Wasted Ad Spend. Ad fraud can be profitable for everyone, except the person stuck paying the bill. Fraudsters fly under the radar, taking $1 out of every $3 spent on advertising. Your budget will drain quickly if fraudsters go unchecked.

Performance. This can go two ways: either your marketing isn’t performing or it looks like it is.

Pixel stuffing and ad stacking are two methods fraudsters use to stifle your marketing. Pixel stuffing means a shady publisher will stick your ad into a 1x1 pixel on a page, causing it to earn impressions when it actually can’t be seen at all. Similarly, ad stacking is when a publisher stacks multiple ads on top of each other, and only the first one is visible. 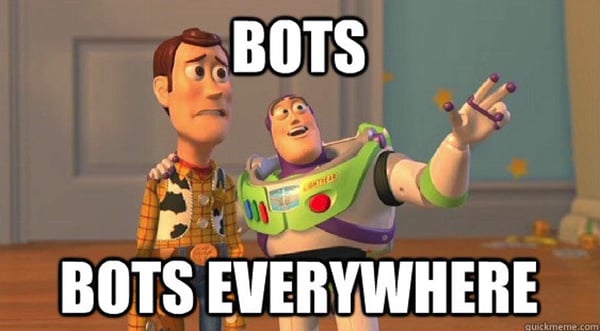 Fraudsters also use bots and click farms to give you “views” and “impressions” that never end up converting.

It’s important to know who you’re working with. Be weary of publishers you’ve never heard of before, or ridiculously cheap rates.

Pay close attention to your metrics and get familiar with the early warning signs of fraud. If you don’t want to pay for fake clicks or website visits, it’s time to select an ad fraud solution that’s right for you.

Brand Safety: Are Your Ads Running on Illegal Streaming Sites?

Why the Industry Needs to Rethink MRC Accreditation