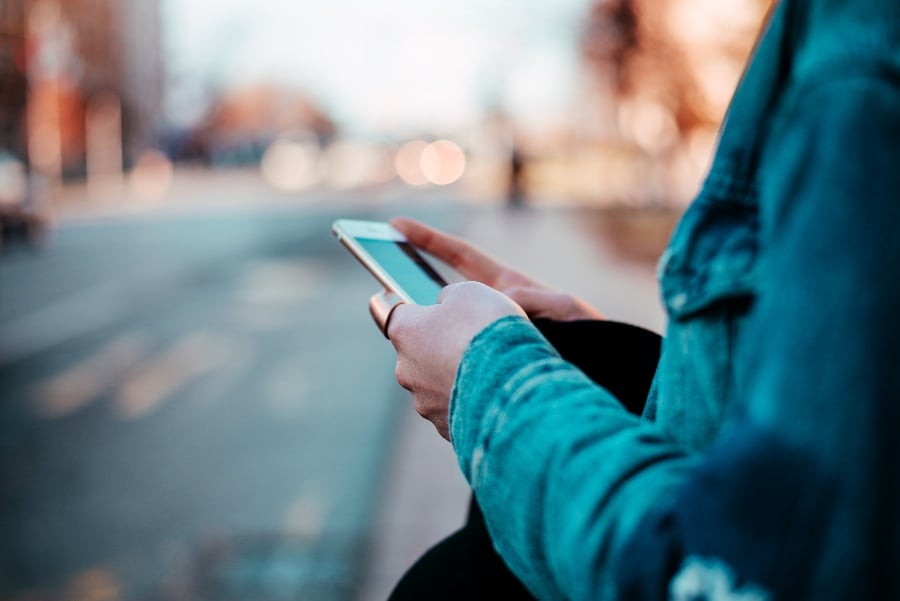 In digital marketing, merchants looking to add new leads and contacts to their marketing campaigns may use a large variety of tools and resources. One of the most important channels for marketing in recent years has proven to be mobile ads within smartphone apps and browsers.

The Rise of Mobile Apps

With the increased user base for smartphones, mobile apps also exploded in popularity. These apps have taken many forms over the years—from helpful apps to calculate budgets and manage bank accounts to ones purely meant for entertainment. For example, many smartphone owners are intimately familiar with mobile games.

Today, Statista reports that there are over 3.48 million apps on the Google Play store, and 2.22 million on the Apple App Store.

Mobile Affiliate Marketing and How It Works

So, what is mobile affiliate marketing and how does it work? It’s not actually very different from affiliate marketing—except the ads are made for display on mobile websites or apps. Because smartphones have such small touchscreens, websites often need to be specifically designed around being displayed on those small screens while making it easy to use those touch controls.

In mobile affiliate marketing, an advertising network or merchant pays an affiliate to refer new customers to the merchant’s website through mobile ads or other outreach efforts. The use of ads on a mobile website is extremely common, though some affiliates who have their own apps on mobile device stores may also display in-app ads as a way to make money.

People who play mobile games are probably exceedingly familiar with in-app ads, which commonly offer in-game rewards for people to sit through a short commercial or play a demo of another app.

How Ad Fraud Can Take Place on Mobile Ads

So, how does ad fraud happen on mobile ads? Unfortunately, there are many ways in which fraudsters can commit mobile ad fraud. Some of the more common techniques involve in-app, mobile web, and malware-based fraud.

Fraudsters might hide ads in their mobile apps to generate false impressions on their ads—without actually driving user engagement or brand awareness since people don’t really see the ad.

Mobile web fraud can cover a large variety of web-based fraud techniques—including the use of fraudulent bot traffic and deceptive mobile ads that promote one service but move app users to a completely unrelated mobile site.

When malicious software is installed on someone’s mobile device. In mobile fraud, the malware often steals advertising dollars by viewing or clicking on ads, filling forms, or performing other activities in the background or when the infected device is left idle. When used to generate clicks, this may be referred to as click injection fraud.

In the past, merchants have lost millions of dollars to mobile ad fraud schemes—some of which persisted for years before the fraud was finally discovered and stopped. For example, according to Slate, eBay paid “a combined $35 million in commissions over the years” to an affiliate whom the company later sued for fraud.

Knowing how large the problem of mobile ad fraud can be, how can you combat the problem? There are a lot of affiliate marketing tools that businesses can use in their mobile affiliate campaigns. However, most of these are optimized to boost numbers instead of stopping fraud.

Even tools meant more for managing affiliate campaigns can be useful for fighting ad fraud, though. Here’s a short list of some of the best tools that you can use to stop mobile fraud in your marketing campaigns:

One of the most basic ways to identify ad fraud is to track marketing performance data. In this way, common ad performance tracking tools can be an invaluable resource for stopping fraud.

For example, say that you have one mobile affiliate that is bringing in a large number of leads, but none of them actually convert into customers. You get clicks, forms are filled, but nobody becomes a customer.

With the right tracking tools, you can trace those leads back to the specific mobile ad they all interacted with. Using that information, you have a basis for suspecting that the affiliate running the ad is sending invalid traffic your way while collecting ad revenue from you.

Working with the right advertising network companies can help to prevent mobile ad fraud, since a reputable host will avoid fraudulent tactics that can impact their long-term profits.

Some hosting platforms may also offer you in-depth analytics so you can track ad performance and see exactly where all of the ad-based traffic comes from. However, not all networks provide this level of insight.

Larger networks may also struggle to properly curate their members—allowing a few fraudsters to slip in and run mobile fraud schemes for a while before they get caught. When an affiliate advertising network has tens of thousands (or more) members, it’s all too easy for seasoned fraudsters to blend in.

So, having a network platform/partner who can carefully vet their affiliate network and weed out the bad actors efficiently.

One common problem with mobile marketing and affiliate marketing tools is that they aren’t optimized for stopping ad fraud. While marketers and merchants can repurpose data dashboards, performance metric tracking tools, and other marketing tools to try to find fraud, doing so calls on expertise that the marketer or merchant might not have.

This can lead to either missing mobile fraud in your ad campaigns or (possibly worse) marking legitimate leads and opportunities as fraudulent. This is where a dedicated ad fraud solution that automatically checks mobile traffic in real time can help.

For example, Anura’s ad fraud solution checks hundreds of data points from each visitor to positively identify bot traffic and other types of ad fraud as it hits your web assets. By comparing each of these data points against a database of decades of real conversion activity, the bots used in mobile fraud can be quickly and accurately identified with zero false positives.

Compare this to having to manually comb through page after page of marketing metric data. In a manual process, you might have to spend hours looking at large tables of data to find a trend that might indicate fraud. With Anura’s ad fraud solution, invalid traffic from mobile sources can be identified in real-time and all of the data you need to verify the fraud is assembled for you so you can confront the fraudster.

Why let fraudsters and other crooks steal your mobile ad revenue? Reach out to the Anura team to put a stop to mobile fraud today!

Botnet Detection 101: Everything You Need to Know