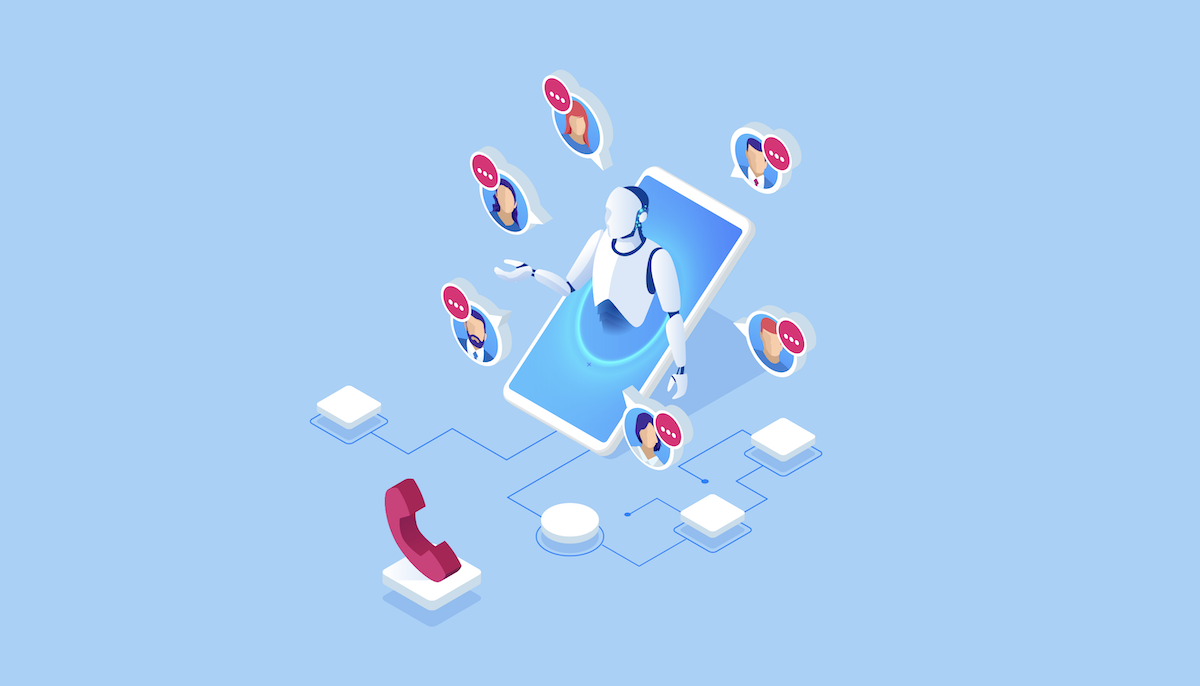 The financial risks posed by TCPA violations are too significant for any company to ignore. With millions of dollars on the line in the form of fines and even class action lawsuits, it’s important to know what your risk factors are and how to avoid them.

So, what are the causes of TCPA violations? What does having a violation mean, exactly? Most importantly, what can you do to avoid violating TCPA regulations and protect your company?

What Is a TCPA Violation?

A TCPA violation is the term for when a business is found to have broken the rules of TCPA in some way—such as by calling a number unsolicited and using automated marketing messages or using a robodialer to send thousands of pre-recorded messages.

The TCPA or, to spell out the acronym, the Telephone Consumer Protection Act of 1991, is a rule administered by the Federal Communications Commission (FCC). The original goal of the rule was to reduce the rate of nuisance phone calls being placed to American homeowners’ landline phones.

However, as telecommunications technology changed, so too have the rules of TCPA. The text of the rule underwent several revisions and additions to bring it in line with modern communications tools. Also, as court systems around the country make rulings in TCPA-related cases, the case law regarding TCPA violations will also continue to change—sometimes in ways that are difficult to anticipate.

However, the danger of TCPA violations is that companies typically send out thousands or tens of thousands of marketing messages in a relatively short time frame—meaning that there could be millions of dollars in damages.

Additionally, the TCPA grants consumers several rights in regards to how companies may contact them. For example, consumers need to give express written consent to telemarketers in order to receive automated communications—and they hold the right to revoke that permission at any time.

This places the burden of maintaining accurate internal “do not call” lists on companies. If a consumer who previously allowed marketing communications and then later changed their mind, and the company contacted them after the revocation anyways, the company would be held responsible for violating TCPA.

One of the best ways to avoid TCPA violations is to know their causes. By knowing what commonly leads to a violation of the FCC’s rules, you can take proactive measures to minimize your risk of a violation (plus the associated fines and lawsuits).

Some common causes of TCPA violations include:

One potential cause of TCPA violations is if there are errors in a business’ customer or lead database.

However, database errors are not typically major sources for violations of TCPA rules. It’s much more likely for a lead to intentionally provide erroneous information to avoid getting marketing messages later on, which then gets you in contact with someone who didn’t ask to hear from you.

Where accidental errors or intentional misinformation might account for a very small percentage of TCPA violations, the malevolence of fraudsters can cause a significant number of violations.

Worse yet, these fraudsters trick their victims into thinking they’re getting real leads—so you end up paying the fraudster for getting a TCPA violation.

How much of a problem is lead gen fraud for TCPA violations? Approximately 25% of all leads generated by online marketing campaigns are fraudulent—though specific campaigns may have more or less fraud depending on what anti-fraud measures have been taken.

“Bad” bots—the kind used by fraudsters in their ad and lead generation fraud schemes—account for approximately 38% of all internet traffic. When these bots are used in lead gen fraud schemes, they often put in fake information that is used to make the lead look real. A lot of this fake info is based on the contact info of real people who have had their info stolen and resold on the dark web without their knowledge.

When you rely on this illicitly-used data sold to you by duplicitous fraudsters who only wanted to take your money, you’re the one left holding the proverbial bag when the consumers start complaining.

There are countless regulations that companies in different industries have to contend with—far too many to summarize them all in a simple blog post. So, it shouldn’t be a surprise that companies might fall behind on some regulatory compliance measures.

Frequently, companies focus more time and resources on the regulations specific to their industry. This can lead to TCPA compliance being one of the issues that a company falls behind on.

For example, a factory’s owners will probably be most focused on following OSHA rules for worker safety so they can avoid “time-lost” accidents in their facility. They may not even consider how their marketing efforts might bring risk to the company (at least, not until they get hit with a TCPA violation).

When internal compliance controls for TCPA are insufficient, it’s easier for data errors and even the outright fabrications of unscrupulous affiliate marketing partners to slip past your notice. This may, in turn, contribute to a higher rate of TCPA violations.

Companies looking to grow their customer base may be tempted to purchase large lists of leads from third party organizations.

However, these lead lists aren’t always high-quality, and they’re not always sold with the knowledge or permission of the people on the list. Frequently, the leads in these lists have outdated information that doesn’t match their current information—if the info in the lead list wasn’t outright fabricated in the first place.

The problem with this is that companies relying on purchased lead lists have not gotten the lead’s permission to make contact at all. Worse yet, when the leads in the list are filled with fake information, the results can be the same as when an affiliate marketer commits lead generation fraud—you end up reaching out to complete strangers who never agreed to receive communications and wind up getting hit with TCPA complaints.

As TCPA defense attorney Eric J. Troutman stated: “If you are a buyer of leads, ad fraud may be your biggest risk right now.” Purchased lead lists can, if obtained from less-than-perfectly-reputable sources, create far more risk than they do reward.

How to Avoid TCPA Fines

So, what can you do to avoid TCPA violations? As with many things, a proverbial ounce of prevention is worth a pound of cure. Here are a few things you can do to proactively avoid TCPA compliance issues and protect your business from harm:

How often does your company check the national Do-Not-Call registry to see if your leads’ contact info is listed in that database? Is your copy of that list recent (i.e. less than three months old)?

Using the DNC registry to verify your lead database can prove to be invaluable for spotting potential problems before they arise. For example, if you notice that you have a lot of leads with phone numbers in the DNC registry, that could be a sign that those leads are fake and that you shouldn’t contact them.

In fact, the rules of the TCPA specifically state that marketers have to “provide a telephone number that consumers can call during regular business hours to make a company-specific do-not-call request.”

However, making this request is pointless if the organization doesn’t have a way to accurately log who has made these “do not call” requests. This makes it equally important to have procedures in place to flag leads in your customer relationship management (CRM) as “do not call” when they make these requests.

It can also help to make a note of when these requests are made, since it could be important if there’s a complaint later.

For example, if a consumer complains about getting a call on July 10, but you have records proving that you had their permission at the time and they didn’t revoke it until July 12, that could be a fast way to avoid dealing with a TCPA complaint.

Do you have a checklist for TCPA compliance for everyone in your organization to follow? If not, create one!

Creating an organization-wide document that details the different aspects of TCPA compliance, why they each matter, and how to follow them all can make an enormous difference in the number of TCPA violations you face later.

Additionally, having documented procedures can demonstrate to the FCC that your company is working to follow TCPA rules. This can help lessen the severity of TCPA fines levied for any breaches that do occur.

For example, if you had 1,000 bad contacts that your marketing team reached out to and the FCC determined the violation was willful, that could be $1.5 million in fines. However, with documentation to show that the violation was purely accidental, your potential losses are reduced to $500k (a third the amount). Plus, by having documented processes in place to begin with, you’re much less likely to experience TCPA violations in the first place.

4. Use an Ad Fraud Solution to Identify Fake Leads

The vast majority of TCPA violations happen because of fake leads provided by fraudulent marketing partners. So, the best defense is to have an ad fraud solution in place that can easily identify fake leads.

With an ad fraud solution that can identify fake leads in real time, it’s possible to cut them out of your database before an accidental TCPA violation can happen.

Of course, if you’re denying payments to fraudsters because they’re providing fake leads, it’s necessary to be able to prove that the leads were fake in the first place. This is why it’s important to not just get any ad fraud solution, but the right one.

With Anura’s ad fraud solution, you get all of the data you need to support that a given lead was fraudulent—not just some vague assertion that “yeah, it’s fraud, but we can’t show you the data.”

Every time Anura marks a lead as fraudulent, it’s based on hundreds of data points compared to a database with decades of real conversion data. It isn’t flagged as fraud until we’re absolutely certain it’s fraud.

Then, we show you why we flagged it. This empowers you to confront fraudsters directly and cut them off before they can do harm to your advertising campaigns and steal your ad budget.

Many fraudsters won’t even try to fight for pay once they realize you have evidence of their attempt to scam your company—instead, they’ll move on to the next soft target they can find and try to defraud them.

Are you ready to protect your business from TCPA violations and fraudsters? Reach out to Anura to get started!