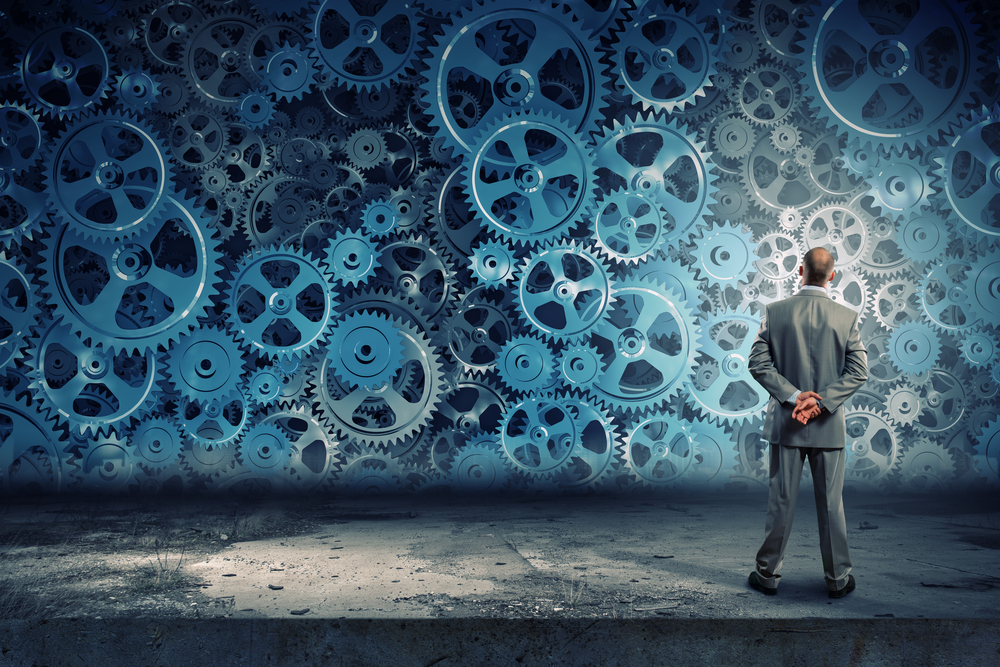 If you’re working in the digital marketing space or hired someone else to help with your marketing, you probably use some kind of lead generation form as a part of your online campaigns.

These forms are a great tool for collecting data about potential customers—all you have to do is offer them something that they find of value and collect their information in exchange.

Some common examples of things you might “gate” behind a lead generation form include ebooks, webinar recordings, whitepapers, case studies—the list goes on and on.

Unfortunately, not every form fill is legitimate. There are scammers out there who will make fraudulent form submissions in an effort to defraud you of your advertising budget.

So what is lead generation fraud? How does it affect your brand and consumers? Most importantly, what can you do about it?

Let’s take a look at lead gen fraud and how bad actors use form fills to make money at the expense of your business.

What Is Lead Generation Fraud?

Lead gen fraud is a subset of advertising fraud that specifically references the creation of fake leads. Fraudsters use bots, malware, and human fraud farms to fill in forms in online marketing campaigns—giving their victims one or more leads that can’t convert.

In many cases, the bad leads generated by the fraudster actually use the contact data of real people (without their knowledge or permission, naturally). This is where lead generation fraud becomes extremely problematic for both your company and consumers.

The Costs of Fraudulent Form Submissions

Partnering with affiliate programs is a common way for bloggers, influencers, social media personalities, and even some businesses to earn money. People and organizations with especially large followings can leverage their reach to send potential customers to a business running an affiliate program. For every lead they generate through a form fill, the affiliate marketer gets a small payment.

Lead generation fraud is committed by dishonest affiliates who don’t abide by the rules. Instead of sending authentic people to the form, they may create or pay for bots that create false leads for the sake of inflating their numbers and, by extension, inflating their commissions.

But how does this dishonest lead generation hurt your company and consumers?

The first negative impact of lead gen fraud is how it hurts your company’s bottom line. Unlike real leads, bad leads are virtually never going to convert into customers—which means that all of the money, time, and effort invested into lead generation and subsequent follow-up efforts is wasted.

Average cost per lead estimates vary from one industry to the next and from one marketing channel to the next. According to Marketing Charts, the average cost per lead (CPL) across all industries was about $198.44. Their data showed that the CPL for IT & Services companies was about $369.88 (nearly twice as much), while the average nonprofit had a CPL of just $43.36.

Considering that nearly 38% of all internet traffic comes from bad bots that are used for a variety of nefarious schemes, it’s easy to see how fake leads can cost you a lot of money. For example, if you added 10,000 leads at a cost of $1,984,400 (based on the average CPL), then $754,072 of that money will have been wasted (based on the average percentage of bad bot traffic).

The Cost to Your Sales Operations

The cost of lead generation fraud is further compounded by the way that it harms your lead nurturing efforts.

People are used to near-instant gratification these days. So, time is of the essence when reaching out to leads (regardless of your industry). The faster you can send marketing messages to someone who has “raised their hand” by filling out a form on your website, the more likely you are to capture them as a customer.

The problem is that bad leads from fraudsters waste your sales team’s time. Instead of reaching out to someone with an interest in your products and services, your sales team ends up contacting confused people who never signed up to receive communications (which can lead to problems with TCPA as well).

This can delay your sales team from reaching out to legitimate leads in a timely manner—which can cost you valuable sales opportunities.

The Cost of TCPA Violations 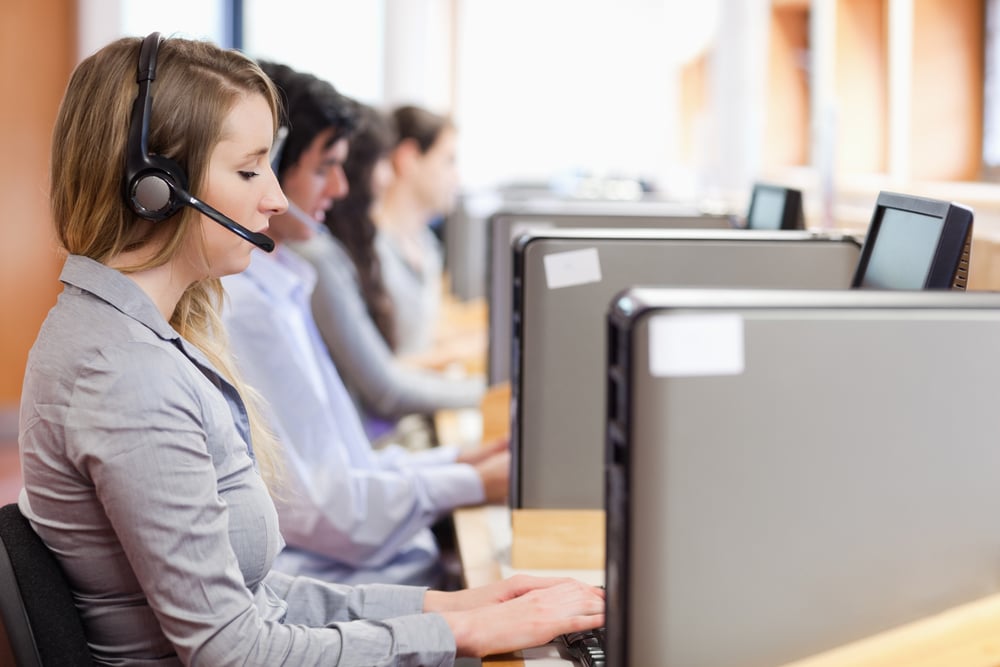 Worse than the risk of simply losing a sales opportunity is the chance that reaching out to the wrong people can lead to TCPA violations. The Telephone Consumer Protection Act of 1991 (TCPA) is a regulation that was originally designed to curtail nuisance calls to American consumers on their landline phones.

Over the years, the rule has been altered and expanded in an effort to keep up with modern telecommunications technology. Even so much as sending a text to someone without their express written consent can be grounds for a fine (take, for example, the $47 million that spam texts cost Jiffy Lube).

TCPA fines can quickly grow out of control since the fine is assessed on a per incident basis—and can vary between $500 and $1,500 per incident. So, if you had 10k contacts, and 3,800 (38%) were bad leads with fake information going to real people who didn’t actually opt in, that could cost you $1.9 to $5.7 million dollars.

This doesn’t include court costs, the cost of enacting countermeasures to prevent further violations, or the possibility of class action lawsuits adding to the bill.

Damage to Your Reputation

Another potential cost of lead gen fraud is how it can hurt your company’s brand name. If consumers start to associate your brand with spam phone calls and text messages, they will be less likely to hold your company in high regard. This, in turn, can harm your company’s sales.

The issue is that the monetary damage here can be difficult to quantify—it’s hard to set a concrete number for how many sales opportunities are lost because a customer had a negative opinion of your brand.

Once your brand name is tarnished, it can take a lot of time (and an extraordinary amount of effort) to undo the damage.

Lead gen fraud is a distinct problem from click fraud. In click fraud, the marketing partner gets paid based on the number of clicks they generate for an ad—which makes it even less involved than lead generation fraud.

While some advertisers have tried to combat click fraud using solutions such as CAPTCHA, modern bots can easily get around CAPTCHA programs and will be able to click the ad anyways.

Click fraud is closely related to lead gen fraud (since they’re both forms of ad fraud). Some fraudsters start with trying to leverage click fraud—but have to change over to other forms of ad fraud when their intended victims start shifting from a cost-per-click (CPC) model to a CPL model.

So what can you do to stop lead generation fraud?

There are a handful of things you can do to start:

1. Use CAPTCHA and reCAPTCHA

CAPTCHA, the completely automated public Turing test to tell computers and humans apart, was once a primary means of fighting bot traffic on the web. It would block people from clicking on or filling out forms until they had completed some kind of puzzle (usually a letter jumble with bizarre text fonts, but this was later changed to an image recognition test).

The problem with this method is that more sophisticated bot programs can bypass even the most advanced forms of CAPTCHA the vast majority (99%) of the time. Worse yet, it does almost nothing to deter fraudulent form fills from human fraud farms.

A honeypot form field is a field in a form that doesn’t display on the actual webpage—making it invisible to human users. However, the form is visible in the web page’s code. So, when bots encounter the honeypot field, they try to fill it out. This helps you spot bots since a human user would never fill out the hidden form field.

The issue with this prevention method is that, once again, it doesn’t do anything to stop lead gen fraud that comes from human fraud farms.

One way to detect a problem with your lead generation is to keep a close eye on your marketing metrics. If you have a sudden large increase in leads generated, but your actual rate of deals closed either remains stagnant or actually drops, that’s a good indication that you have a fraud problem.

If you collect data about these bad leads, and see that they’re all coming from a single source (such as a specific affiliate marketing partner), it might be time to drop that traffic source.

The major issue with this method of lead gen fraud prevention is that it is mostly reactive instead of being proactive. You end up having to wait for fraudsters to take a large chunk of your money as you try to collect enough information to make a decision—and that collection process can create a large delay.

By the time you’ve positively identified a fraudster, you might find that they’ve shuttered their online business and moved on with your money.

Instead of relying on slow, manual review processes, you could use an automated solution to find fraud in your marketing campaigns. Anura’s ad fraud solution checks your website traffic in real time to positively identify fraudulent activity so you don’t have to pay for bad leads.

Why wait? Start protecting your ad campaigns from fraud with Anura now!