How to Ensure TCPA Compliance By Using An Ad Fraud Solution

Back in the early nineties, the telemarketing industry reached a boiling point. Thanks to improved autodialing technology, marketers could reach thousands of people a day, spamming consumers with prerecorded sales pitches and robocalls.

To ease the public’s growing frustration over what they felt was an invasion of privacy, Congress passed the Telephone Consumer Protection Act (TCPA) in 1991.

Originally, the statute prohibited telemarketers from contacting consumers with unsolicited messages via telephone and fax without prior explicit consent. In 2013, lawmakers updated TCPA to include text messages.

Failing to follow the rules can cost businesses millions of dollars in fines and legal fees. One unsolicited message may carry a $500 to $1,500 penalty. Multiply that by thousands of calls, and companies could see fines totaling well into the millions.

Resort Marketing Group, a popular cruise line representative, settled a class action lawsuit that was anticipated to cost them between $7 million and $12.5 million in legal payouts, all because they called consumers without consent.

In the lead generation space, TCPA compliance remains a pressing issue. You want your leads to be clean, but if you don’t properly vet them, you’re gambling each time you or your clients pick up the phone.

Having a third-party verify lead information is a step in the right direction, though it’s not always foolproof. Fraudsters are commonly stealing real consumer data to use for bogus form fills.

Your third-party service might say the info is legitimate, but what happens when you actually call the lead and they say they’ve never even heard of your website, let alone filled out a form? You just broke the TCPA compliance.

Thankfully, there’s a way to avoid running into those sketchy situations. With an ad fraud solution, you can block fraudsters from reaching your site before they have a chance to convert. You just need to take a closer look at your traffic.

Every visitor shares unique identifying information, such as an IP address or user agent, with your website. These strings of text can be broken down into meaningful facts; you can see a user’s browser information, what device they are on, and their geographic location.

An effective ad fraud detection software takes all that info and, using a variety of metrics and rules, determines if your visitors are real or fake. The software might tell you that fraudulent visitors are coming from a specific place in the world. Maybe it identified suspicious IP addresses, or it noticed an influx of bad traffic coming from an outdated browser.

Once you have a solid idea of where fake visitors originate, the next step is to use that actionable data to stop your bad sources.

Setting up an IP block list is a good first move. Lots of ad fraud solutions on the market offer IP block lists as part of their packages. But relying solely on a block list, especially one that isn’t frequently updated, isn’t enough since fraudsters rapidly change their tactics. You need to constantly check your detection software’s findings to make sure you’re including all suspicious IPs on your block list.

Obviously, a block list or filter won’t keep all the fake leads out. Take extra preventative measures by setting up additional obstacles around your forms. Consider implementing a verification system like reCAPTCHA to weed out bots before they fill anything out. 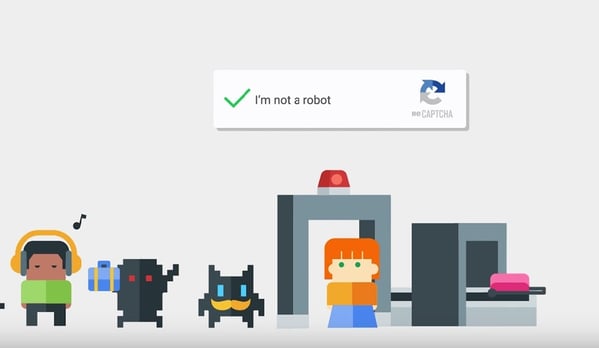 You can also test out the honeypot technique on your site. Basically, you place a dummy form on your site that’s viewable only to bots. They’ll be drawn to the invisible form and fill it out instead of going for the real one.

Related Post: Ad Fraud: You're Not Sneaky If We Can See You

No matter what method of blocking you choose, constantly screening your traffic through an ad fraud solution like Anura is one of the best ways to ensure only real, legitimate people are filling out your forms.

Use ad fraud solutions to make educated decisions about your traffic sources and minimize your chance of treading into TCPA noncompliance long before you pick up the phone.

This article has been republished with new information.

Watch Out for These Malicious Bots