What Is a Bot? How Do Bots Impact Your Digital Ad Campaigns? 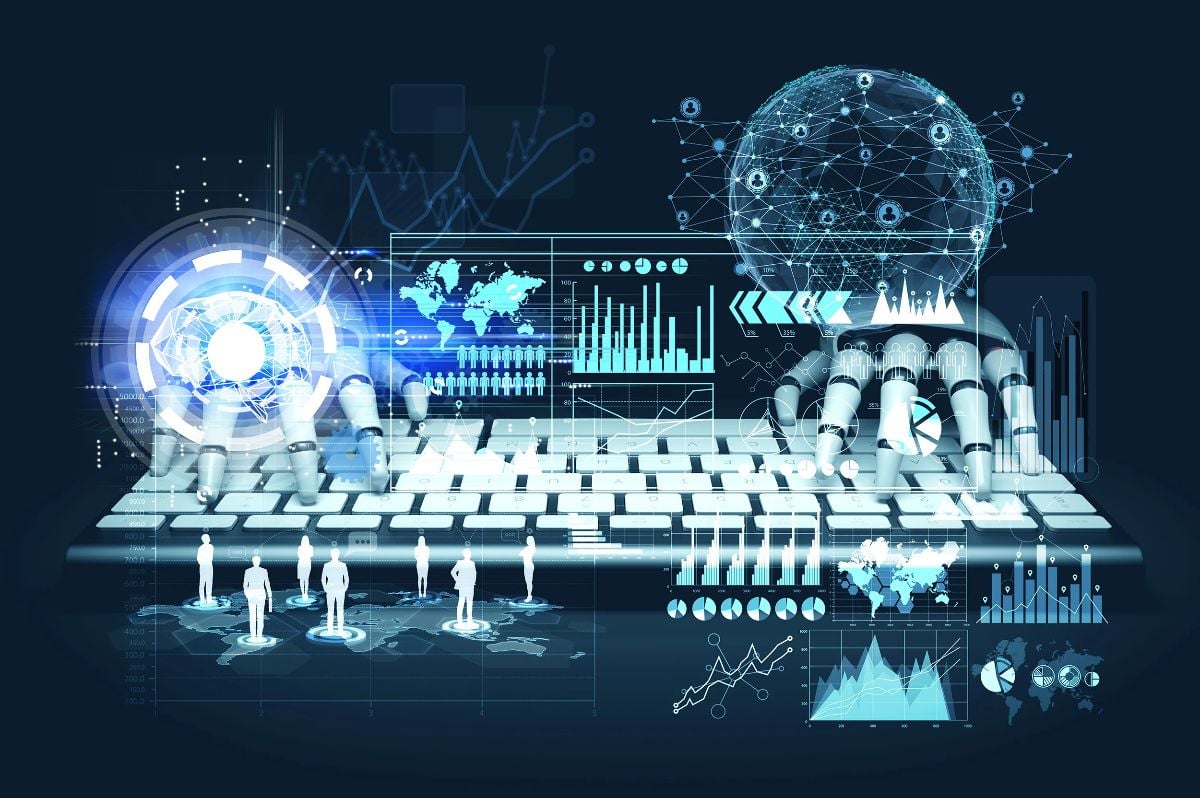 How much money do you spend on ads per month? Some companies dedicate as much as millions of dollars per month towards getting their ads in front of the right people. Unfortunately, a percentage of that is unknowingly wasted money.

According to The Wall Street Journal, Adobe found that 28% of website traffic likely came from bots and other “non-human signals.” If you've invested money into a digital ad campaign, there's no guarantee that those ads will end up in front of real people. They might, instead, end up being served to bots.

What exactly are bots? And, how do we prevent them from siphoning your company’s ad spend?

What are these bots? Short for “robot,” a bot is an automated software program built to carry out a specific task by simulating a human's use of a website. Usually, this wouldn't be a problem, since we have bots all over the internet.

Traffic bots are one of the “bad” kinds of bots that contribute to bot fraud. These bots are made to simulate traffic from a live human to trick businesses into thinking that their ads are getting impressions. However, instead of a person, they’re getting a bot who cannot make a purchase or contribute to the company’s revenue.

“Bot traffic detected” should be a dreaded warning for any business running an extensive campaign with spending based on traffic/impressions generated.

How Do Bots Affect Digital Ad Campaigns and Businesses?

Once there's a revenue stream, there will be people trying to exploit it. Ads are no different. How do bots, like traffic bots and click bots, negatively impact digital ad campaigns for businesses?

Early on in the life cycle of ad production, some creative coders realized they could make a lot of money by faking the number of impressions that an ad receives. This procedure is known as ad fraud which stems from illicit traffic sourcing.

When you pay for an online ad, you assume that your affiliate is putting it in front of a real human being. Most of your metrics work with that premise – with a certain number of impressions, you'll expect a particular conversion rate.

However, when up to half of your ads are in front of bots, what are you paying for? Typically, when you're promoting a website, you source traffic from multiple channels. The thought is that, as more people see your ads, they'd be more likely to click on them. Bots change that entire dynamic.

When you buy ads from a website, they serve it to their engaged audience, and you have a chance of getting a consumer to buy your product. However, traffic brokers have caught onto this scheme. They offer a massive number of visitors in any demographic, but at a much lower cost than traditional advertisers.

The problem is that you're not buying REAL impressions. You're effectively paying affiliates and advertising platforms for bogus impressions, which won't benefit your business in the long run. Most companies aren't aware of how insidious these practices are and how much money they're wasting on traffic sourcing. Traffic sourcing can be a massive boost to a business's visibility. If left unprotected, you run the risk of being inundated by bot impressions. Their impact on your business can be deep and destructive.

Spam bots are a bit different from the traffic bots used in normal ad fraud. Instead of wrecking the metrics of a particular ad campaign by flooding it with fake traffic, spam bots send unwelcome messages to people—often fraudulently representing a legitimate business to earn the victim’s trust. According to statistics cited by Kaspersky, someone who reads 10-20 emails daily “will spend 5-6 hours per month just deleting spam.”

This can be a major nuisance factor for potential customers. If leads associate your brand with the spam that wastes so much of their time, they are less likely to become customers.

Alternatively, spam bots could collect contact information from people that unscrupulous advertising services can resell to businesses that think they’re buying legitimate, interested customer/lead lists. This can lead to the business sending unwanted messages to uninterested contacts and getting flagged as spam in email and social media ad campaigns. This can negatively impact the company’s ability to send further advertisements.

Affiliates using lists collected by spam bots may register thousands of impressions that will never lead to sales because of how poorly-curated those lists are.

While distributed denial of service (DDoS) attacks don’t have much to do with advertising campaigns, botnets using a business’ compromised IT assets to carry these attacks out can negatively impact the company’s brand reputation.

How Bots Affect Your Metrics

As marketers, we rely on data to inform our decisions. When that data comes from an artificially inflated source, the numbers we get (and the insights they provide) are worthless. Among the ways that bots can damage your metrics and lead you down the wrong path include:

With the right solution in place, you’ll have access to technology that is constantly updated to stay a few steps ahead of the bad actors—essentially enabling you to future-proof your campaigns.

Download this eBook to better understand affiliate marketing, ad and affiliate fraud, and how to minimize your company’s risk with an ad fraud solution. >>

There are several methods that you can invest in to determine if bots are plaguing you. Among them are:

These are just a few methods you can use to help you spot when you have bots populating your page and pretending to be legitimate users. Once you notice some of these signs, you'll need some way to verify whether you're dealing with bots or if another issue may be causing your poor results.

However, keeping an eye out for all of these warning signs manually can be time-consuming and difficult. Plus, how can any one person possibly keep track of all the data they need to accurately detect fraudulent advertisement bots and sort them out from the real people clicking on their ads?

How to Prevent Fraudulent Advertising

What can your business do to prevent bot fraud advertising and avoid wasting money? There are several things that can help your company avoid online ad fraud:

The best defense companies can use to protect their brand and consumers from bad bots engaged in ad fraud is to invest in an ad fraud solution, like Anura.

Anura does not use confusing numerical scoring systems which create false positives. Just a black-and-white indicator of web traffic as real or fraudulent. When Anura says it’s bad, it’s bad.

FAQs about Bots and Bot Fraud:

What is bot fraud in advertising?

Bot fraud is when someone uses automated programs to trick a target into thinking that they have generated business leads from an online ad campaign. For example, click bots may click on automated ads to make a company using a pay-per-click ad campaign pay for false results.

Why are bots bad for my business’ ad campaigns?

Bots cause businesses to waste money unnecessarily on fraudulent ad clicks that won’t generate revenue. Additionally, they can skew an ad campaign’s metrics, causing businesses to make decisions based on bad data.

What’s the definition of ad fraud?

A basic ad fraud definition is when an advertising platform or affiliate partner falsifies impressions, ad clicks, or leads to trick someone into spending money on an ad campaign.

CAPTCHA is an acronym for Completely Automated Public Turing test to tell Computers and Humans Apart. It’s an automated tool for thwarting most basic click bots to prevent bot fraud.

How can I tell if I’m dealing with fraud ad bots?

Some basic warning signs include high click rates with extremely low (or no) conversions, abnormal amounts of abandoned carts, unfamiliar traffic sources, and fake or nonsensical information in forms.

Are there “good” bots?

Some bots can be good. Examples of good bots include the bots used by Google to collate internet data so web pages can show up in search results and big data aggregation bots that help businesses collect the info they need to make smart, data-driven decisions.

How are bots related to DDoS attacks?

While not directly related to ad fraud bots, botnets (large collections of bots hosted on compromised computers and IoT devices) can be used to carry out distributed denial of service (DDoS) attacks on companies. This can disrupt operations and damage an organization’s reputation with prospects.

Facebook’s intelligent ads, which use cookies and browser data to put specific advertisements in front of potential customers who may be interested in a specific product or service, can definitely be impacted by bot ad fraud. According to an article by Light Reading, “Typical advertisers often are spending 20% of their budget paying for views from bots.”

How can I stop bot traffic fraud from hurting my ad campaigns?

The best way to bot is to detect it early and nip it in the bud. An ad fraud solution like Anura can reliably identify bots to stop bot fraud without accidentally eliminating traffic from actual humans.