How Blockchain Can Help in the Fight Against Ad Fraud

The price tag for ad fraud isn’t just in the millions, it’s in the billions. A $16.4 billion problem that isn't slowing down.¹ Latest numbers show 29% of programmatic and 12% of direct buy traffic is coming from fraudulent sources. It’s no surprise advertisers and publishers are frustrated.

While there isn’t a one size fits all solution to mitigate ad fraud, there may be a tool that can complement your current arsenal of fraud fighting weapons: Blockchain.

Often synonymous with Bitcoin, blockchain is a whole separate animal from cryptocurrency. The data-rich file structures data in the form of a digital ledger that’s shared across a network of computers.

By recording all transactions and “sealing” them with a key code, no one is able to manipulate the records, which offers a layer of security that’s appealing to users. While blockchain can’t eliminate all ad fraud, it can help decrease it.

Currently, ad fraudsters leverage data asymmetry to “make bank” from fake domains, users, and other data points. But by employing an impression token using blockchain technology, it would eliminate data asymmetry between the buyer and seller; thus, eliminating ad fraud, too. Publishers would simply generate a unique impression ID on the page, and share it during each programmatic transaction until the brand advertiser collects it. 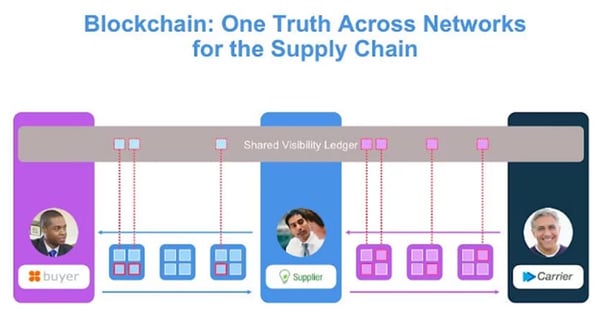 This token structure would record every step of the digital ad buying and selling process. Recorded steps would include the advertiser’s bid for ad placements, the publisher accepting the bid, the ad impression is delivered, the ad is filled, and then the user’s ID matched with that ad impression ID.

Related Post: What You Need to Know About ads.txt

With the implementation of blockchain, advertisers have the opportunity to audit impressions and only pay for real ones. Some brands can even use blockchain to fight fake news which has serious consequences for brand safety.

Transparency and Quality Assurance With Blockchains

Blockchain’s ability to offer transparency via recording every event from botnet to fraud to legitimate is a big selling point. Ad fraud can no longer hide in the digital advertising supply chain. Plus, pricing would be transparent as well, enabling them to see the true value of each impression. It also offers users quality assurance. Should an anomaly appear, through the blockchain system, you’ll be able to trace it back to its point of origin.

Added bonus: advertisers and publishers can also benefit from smart contracts via blockchain, too. Through a blockchain construct, agreements can automatically be validated, signed, and enforced.

But not everyone is convinced blockchain is the savior for curing ad fraud. Getting everyone on board to use it won’t be easy. However, by using blockchain, there’s the potential to create a synchronized, fluid digital advertising ecosystem that’s free of malware, bot traffic, and fraud. That’s something everyone can agree is worth pursuing.

Only time will tell if blockchain becomes a trusted solution in the digital advertising industry.

Fraud Detection: 3 Reasons Why A.I. Will Not Replace Humans

The Fight Against Mobile Ad Fraud: How to Combat It