The Fight Against Mobile Ad Fraud: How to Combat It

50 to 60% of the money lost to ad fraud is on mobile devices. While businesses are busy working to improve the customer experience for mobile, their focus on security and fraud prevention is falling to the wayside. Their distraction is leaving the door wide open for fraudsters.

For fraudsters, mobile ad fraud is low risk with a high payout. So, how do advertisers and publishers combat mobile ad fraud? By being informed and proactive. Here are three things you can do to mitigate your risk.

Earlier this summer, Anura discovered mobile app fraud in the form of live wallpaper apps occurring in the Google Play Store. While Android phones were sleeping, the zombie apps were engaging in ads. At first glance, what appears to be a minute problem adds up to a potential $3 billion problem.

If your bread and butter are gaming apps (or live wallpaper apps), you need to be extra vigilant, especially since zombie apps have a tendency to rise again.

2. Know What to Look For

Mobile ad fraud is the triggering of fake ad impressions on mobile websites and apps. This can be caused by fraudulent traffic, clicks, impressions, in-app activity, and installs.

In order to know if you’re experiencing any of these, you need to first develop a pattern of recognition. Knowing what’s your “normal” will help you better detect patterns that look unusual prior to impression.

For instance, you may find a sudden spike in clicks but low conversions. Even more troubling, they’re coming from a strange IP address. This leads us to our next recommendation: think like a fraudster.

Once you know the signs of ad fraud, take it a step further and learn how to think like a fraudster. Remember fraudsters want to slip under the radar, so they’re going to be discreet. To effectively fight them, you need to be able to anticipate their every move.

Let’s say you’re an eCommerce company concerned about mobile ad fraud. Create a persona of an eCommerce fraudster, jotting down characteristics and how they operate. For instance, you know they’ll initiate transactions mostly after midnight or the early morning hours to evade merchants who rely on manual reviews. They’ll also lean toward five items or less, to avoid raising suspicion. And to further negate raising eyebrows, they’ll save big-ticket items like TVs and electronics for desktop transactions, instead of going after gift cards on mobile. 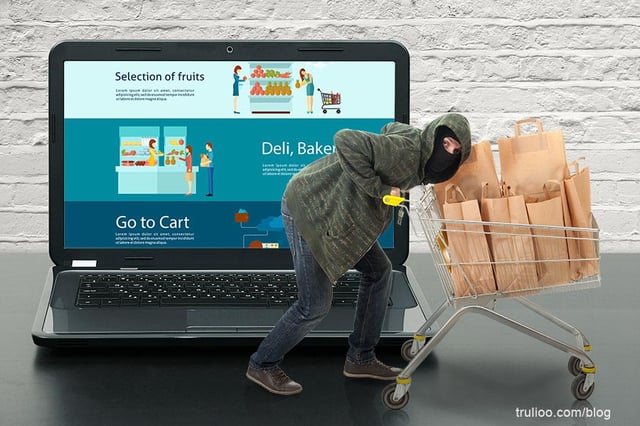 Now take that persona and boil it down into signs of mobile ad fraud checklist. Based on your checklist, you and your team can keep an eye out for suspicious timing, the number of items in the cart, and the type of purchase.

These are just a few of the ways you can stave off mobile ad fraud. While you can’t stop all of it, you can improve your odds by implementing protection protocol and staying informed.

How Blockchain Can Help in the Fight Against Ad Fraud

From A to C: What You Need to Know About Ads.cert