Why Blockchain Isn't the Solution to Ad Fraud

Within the next three years, ad fraud is predicted to hit a yearly loss of $44 billion. A primary contributor to ad fraud’s ability to flourish is the murky, complex digital advertising ecosystem of agencies, platforms, and publishers. Navigating this network is cumbersome, making it easy for scammers to commit nefarious schemes, oftentimes, without being held accountable.

Related Post: Why Aren’t There Laws to Stop Ad Fraud

Blockchain offers users a layer of transparency and accountability, two elements critical for mitigating ad fraud. But is it the right tool for fighting fraud?

Blockchain is a data-rich file that structures data into the form of a digital ledger that’s then shared across a network of computers. It records all transactions and once those transactions are included in the block, they’re forever secured on the network and no one has access to manipulate prior transactions. 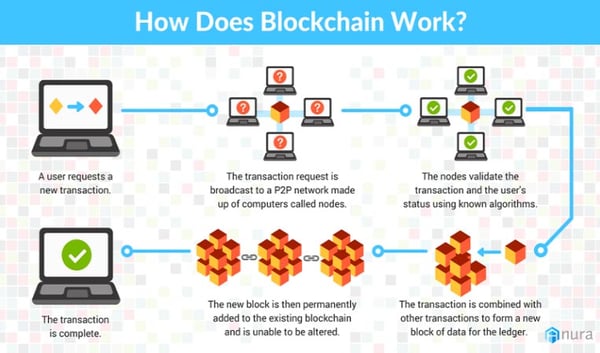 This is what makes blockchain such an appealing tool for security.

How It Would Work in Digital Advertising

Scammers take advantage of data asymmetry to capitalize on fake users, domains, and other data points. Employing blockchain, specifically an impression token, it would eliminate the data asymmetry between a buyer and a seller. To work effectively, publishers would need to generate a unique impression ID on the page and then share it during each programmatic transaction until the brand advertiser collects it.

Every step of the digital ad buying and selling process would be recorded by this token structure. These steps would include the advertiser’s bid for ad placements, the publisher accepting the bid, the ad impression being delivered, the ad being filled, and finally, the user’s ID is matched with that ad impression ID.

By using blockchain, advertisers would have the opportunity to audit impressions. In theory, blockchain’s ability to make the digital advertising supply chain more transparent would make it harder for fraud to hide. And the ability to trace back where an anomaly appears in the blockchain system would offer users quality assurance.

Since blockchain is public, you can’t stop bad actors from adding their own data into the mix. You’re relying on the public to be trustworthy, and unfortunately, that’s not the reality. This negates any benefits of recording data in a token structure.

Sure, blockchain records everything, which makes it good for pinpointing anomalies, but it’s still a digital ledger, not an ad fraud solution. Blockchain has no way of ensuring the traffic is free of bots or telling if it’s sophisticated invalid traffic (SIVT).

There’s no doubt that blockchain has positive attributes, but it isn’t the right tool for fighting ad fraud. As a public digital ledger, blockchain is better suited to help advertisers and publishers with smart contracts as well as brands manage their copyright and user consent issues, not mitigating ad fraud. Get a broader understanding of ad fraud in Anura's free resource, the Ad Fraud Detection eBook, or request a trial today.

Are You Being Ghosted by a Bot?

Hacked at Home: Why You Should Protect Your Smart IoT Devices