Who Was the King of Ad Fraud and How Did He Get Caught?

Have you heard of Aleksandr Zhukov, the self-proclaimed Russian King of Fraud? Unless you’ve been closely following ad fraud news, you may not know who the creator of the methbot ad fraud scheme is or why he’s noteworthy.

However, the King of Ad Fraud has recently been caught by authorities and, as stated in a United States Department of Justice (DOJ) press release, was sentenced to “10 years’ imprisonment for perpetrating a digital advertising fraud scheme through which the defendant and his co-conspirators stole more than $7 million from U.S. advertisers, publishers, platforms, and others in the U.S. digital advertising industry.”

Who is Aleksandr Zhukov? How did he manage to steal $7 million from American advertisers? Most importantly, what can you do to protect your business from the next “King of Ad Fraud” that will inevitably arise to take Zhukov’s place?

Who Is the King of Ad Fraud? 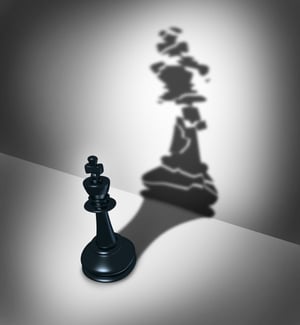 Aleksandr Zhukov has claimed the title of “King of Fraud” for himself following his successful ad fraud scheme that he ran from September 2014 to December 2016—all through an advertising network called “Media Methane.”

“The defendant,” as the DOJ refers to Zhukov in this case, is a 41-year-old Russian national who operated largely out of Bulgaria and Russia to conduct his ad fraud schemes. He also recruited and managed a team of computer programmers (and other employees) to assist him in running his methbot ad fraud scheme. Apparently, according to the DOJ press release, he called these employees “my developers.”

Zhukov also funneled his ill-gotten proceeds through a variety of personal and corporate bank accounts in Bulgaria, Russia, the United Kingdom, Czech Republic, and other nations to obfuscate the money trail. The DOJ press release estimated that he “kept 75% of the scheme’s proceeds for himself.”

In short, the King of Ad Fraud is a clever fraudster—one who can not only concoct a relatively elaborate plan to steal money from his victims but also attract like-minded individuals with the skills needed to make his plans a reality while hiding the proceeds of his schemes from authorities. Despite not doing quite as much damage as certain other fraudsters (such as Shawn Hogan, who was sentenced to prison for defrauding eBay of $28 million), Aleksandr Zhukov had a reason to proclaim himself a King of Fraud.

The real problem is that others won’t have to be half as clever to repeat Zhukov’s success. He’s already created a blueprint for them to follow.

However, ads were not being put where Media Methane said they were being placed. Instead, the company rented computer servers in various data centers and set up bots on them. The bots would load the ads on blank web pages while falsely reporting that the ads were loading on live web pages—a website domain spoofing tactic.

Some of the specific behaviors demonstrated by the bots included randomly clicking on the screen, stopping videos partway through, “scrolling” the blank webpages, and bypassing CAPTCHA tests.

Zhukov even went to the trouble of leasing hundreds of thousands of IP addresses and registering each one (fraudulently, of course) to major American internet providers. Had the methbot ad fraud scheme continued to go undetected for much longer, it is doubtless that the “King of Ad Fraud” would have amassed a much larger pile of loot than he already had.

How Was the King of Ad Fraud Caught?

So, given the sheer complexity of the methbot fraud scheme and how much effort Zhukov put into making his fraud as undetectable as possible, how was he caught?

Part of the credit goes to the Trustworthy Accountability Group (TAG) and its member organizations. TAG is an information sharing and analysis organization (ISAO) that helps protect the advertising industry by collecting and disseminating data about fraud so patterns can be more easily identified.

According to a TAG press release, “We also are indebted to the TAG member companies who helped expose this fraud operation, shared their threat intelligence with their industry peers, and provided that critical information to law enforcement to assist with their investigations.”

In other words, TAG member organizations found signs of the domain spoofing scheme that Zhukov was running and reported it to TAG. Then, this data was shared with authorities—leading to the discovery of the methbot ad fraud scheme.

Once the authorities were made aware of the situation, the Federal Bureau of Investigation (FBI) issued an arrest warrant for Zhukov. In November of 2018, he was arrested while traveling to Bulgaria. It wasn’t until 2021 that Zhukov was sentenced to 10 years in prison and ordered to pay $3,827,493 in forfeiture.

What Can You Do to Stop Future Ad Fraud Schemes?

So, what can you do to protect your company from fraudsters who want to be the next King of Ad Fraud? You might assume that a sophisticated, well-thought-out ad fraud scam like methbot is almost impossible to avoid. Thankfully, you’d be wrong.

While catching 100% of all ad fraud (especially new and highly sophisticated schemes) might not be a realistic expectation, there are things that you can do to harden your ad campaigns against fraudsters who use domain spoofing and other fraud techniques!

Some basic precautions you can take include:

When onboarding any new affiliate marketing or advertising network partner, it’s important to thoroughly vet them. Special care should be taken to check for warning signs that the partner is committing some kind of ad fraud.

However, it isn’t always enough to just check the partner you’re directly working with!

For example, one of the things that allowed Aleksandr Zhukov’s scheme to work so well for as long as it did was that he worked as a partner to other advertising networks—creating an extra degree of separation between him and the companies he was defrauding. The companies working with those ad networks wouldn’t have realized that “Media Methane” was involved in their ad buying unless they thought to check the partners of their partners.

So, when vetting partners, it’s important to ask who they work with and verify how those secondary partners are vetted (if they’re getting vetted at all).

Considering that the methbot ad fraud scam was specifically a domain spoofing trick, one key means of protecting your business from future imitators would be to learn the warning signs of domain spoofing and how to protect against it.

This may mean doing things like checking an ad network’s proposed websites and looking for:

How is your online marketing performing? Did you see a sudden large increase in leads generated, only for none of those leads to actually go anywhere? That could be a warning sign of lead generation fraud.

Fraudsters will create fake leads to try and trick you into paying them. But, since the leads are fake, you won’t be able to convert them into new business. The result? Sales stagnate and you find that your cost-per-customer acquisition increases.

When you onboard a new advertising network or affiliate marketing partner, it’s vital to keep a close eye on your marketing metrics to see if the partner is making any kind of impact. If you find a bunch of leads being claimed, but none of them ever convert, it’s time to start treating the “partner” with a healthy amount of suspicion.

To really protect your ad budget from fraud, you need a solution that can reliably separate legitimate leads and traffic from fraud in real time. This is where an ad fraud solution from a company that’s TAG-certified against fraud can help.

Anura specializes in accurate, real-time fraud identification that leverages hundreds of data points about each website visitor and checks it against a massive database of real conversions to eliminate false positives while catching as much fraud as possible.

Why wait until a fraudster has made off with your money? Reach out to Anura today to get started!

What to Do About Bad Leads in Your Online Ad Campaigns