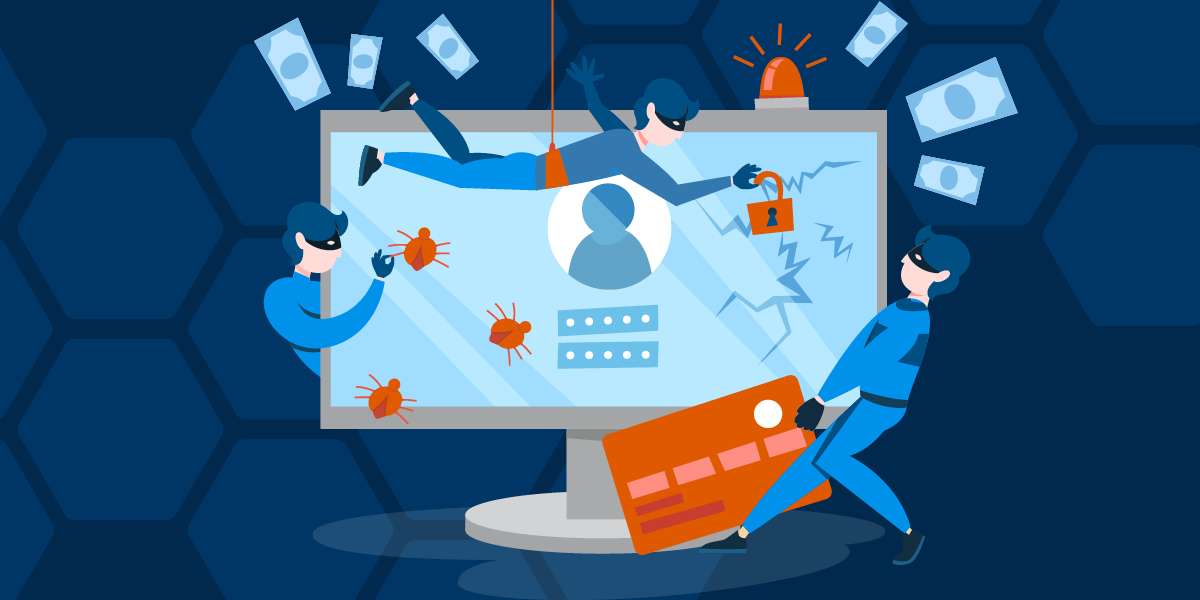 Ad fraud is one of the biggest challenges faced by the digital advertising industry. It cost businesses an estimated $100 billion in 2022, representing only about 20% of the $500 billion in global ad spend. Unfortunately, these types of scams are often overlooked. However, after a sharp uptick in 2020, spending on digital marketing continues to rise rapidly, and thus an increase in digital ad fraud is an expected outcome. In comparison, Juniper estimates only $420 billion in ad spend in 2022. Fraudsters predictably follow the money—half a trillion dollars were spent on digital ads in 2022.

“The more your ad budgets are wasted on fake traffic, the more likely it is that you won’t be capable of reaching your overall business objectives.”

What is ad fraud?

This type of fraud occurs when criminals attempt to steal from businesses’ advertising efforts, leading to the loss and theft of advertising dollars. There are several ways scammers do this, and they depend on the type of ad campaign the business is running and the tools the fraudsters have access to. Scammers use sophisticated techniques, so we, too, must use sophisticated techniques to stop them.

The main problems with scams that attack your digital marketing efforts are that they waste your advertising budget, generate fake leads, can harm your reputation, and can even lead to costly TCPA violations. As a result, it’s increasingly important to protect your company against this type of fraud to safeguard your information, your advertising budget, and your online presence.

First, we’ll dig into the five biggest ad fraud scams of 2022 and warning signs to help you detect them, and then discuss how you can protect your company’s advertising budget and good name.

Click bots are software programs that make it appear as if an ad is getting an impression when it’s actually being scanned by a bot. Often, this is an easier-to-detect form of ad fraud because bots aren’t good at mimicking human behavior. However, like all other technologies, bots are getting more sophisticated and therefore are harder to identify.

According to The Wall Street Journal, Adobe found that 28% of website traffic likely came from bots and other “non-human signals.” If you've invested money into a digital ad campaign, there's no guarantee those ads will end up in front of real people. They might, instead, end up being served to bots.

What exactly are bots? And how do we prevent them from siphoning your company’s ad spend? You can read more about various types of bots here.

A workforce employed by a scammer to click on paid ads is known as a click farm. Because they are humans, they can more closely imitate browsing behavior than malicious bots can, and thus the activity is more challenging to detect as fraudulent. Click farms are typically either employed by website owners attempting to generate more pay-per-click ad revenue or by competitors trying to drain a company’s advertising budget. In both cases, the advertiser is the victim.

A Yahoo Finance report stated that one-third of all traffic generated on digital ads is due to click farms or bots. Click farms in India and China are big business, and because the interaction with ads is human generated, it’s extremely difficult to detect. But don’t be fooled; it’s still fraud and will still result in lost revenue. Check out our previous blog for a more in-depth read on click farms.

Domain spoofing happens when a bad actor imitates a well-known website by creating a similar one and then sells ad space at a premium for the spoofed site. Changing one letter or leaving out one small word is not often readily apparent to potential advertisers, who then pay for visibility on what they believe is a high-profile site. As a result, the business that owns the legitimate website loses potential advertising dollars, and the advertiser doesn’t receive visibility for their paid ads.

The point of domain spoofing is that the actual domain of a website is hidden from the viewer. On the surface, the URL will look like it hosts a reputable site, but it’s a trick (i.e., a “spoof”). So, while you think you’re bidding on a reputable website, your ad will show up someplace much different.

Domain spoofing is most profitable over the holiday season. In 2021, shoppers spent $62 billion during cyber week shopping promotions. Just imagine what that translates to in website traffic, clicks, and even fake conversions and sales!

Learn More about the Rise of Affiliate Marketing Fraud: Download the Whitepaper

Pixel stuffing is the practice of “stuffing” an ad, or an entire website, into a 1x1 pixel area. Typically, the scammer makes money through fake impressions, even though the ad is too small to be seen.

Similarly, ad stacking occurs when multiple unseen ads are placed behind visible ads. They aren’t seen by visitors to your site, but the fraudster is still getting paid for views.

Pixel stuffing and ad stacking can also be combined when layers of ads are hidden on top of each other in a 1x1 pixel area.

When the geographical location of generated leads is hidden, this is known as geo masking. Many ad campaigns pay at different rates for different global locations; thus, when fraudsters spoof the IP addresses of generated leads, they can charge their advertisers more for seemingly more valuable “leads.” Paying a premium for high-potential leads, which are actually located in lower-value areas, can be a quick drain on advertising dollars.

In a 2018 investigation of thousands of client websites, Adobe found that potentially 28% of web traffic came from bots or other non-human actors, which means this is affecting every user of the internet. As an advertiser, it’s important to know how to spot warning signs of ad fraud when reviewing the results of your marketing efforts.

Here are a few to watch out for:

When a campaign inexplicably performs poorly compared to other similar efforts, it’s a good reason to look into the details. For example, if you’re running the same ad with the same offer on multiple platforms, and only one platform isn’t delivering predictable conversions, it’s a sign that ad fraud is involved.

If a campaign leads to unusually high site traffic with low session duration and high bounce rates, there’s a good chance it’s traffic from bots or click farms. Look for spikes in paid traffic that happens at unusual times or follows odd patterns. Traffic arriving during typically lower traffic hours or from locations you aren’t targeting is a good indication of click farm activity. To better understand the origin of traffic from click farms, read our blog.

The expected CTR (click-through rate) for display ads is far less than 1%. If you’re seeing clicks on specific placements delivering much higher than that, it’s likely that your ad has become the target of click fraud.

Acquiring your own ad fraud solution is the most reliable way to stop this type of fraud quickly. However, manually detecting fraud requires extensive experience in dealing with this type of scam and can take extended man-hours. This is where ad fraud solutions like Anura can help. Instead of manually reviewing mountains of data, you can let Anura tackle the difficult task of identifying fraud.

Anura identifies fake leads in real-time using years’ worth of real-world data to separate real traffic from fraudulent clicks. In addition to robust and accurate fraud detection, Anura comes with world-class support so you can make the most out of your ad fraud solution!

Using our ad fraud calculator, you can also learn more about how much ad fraud is costing your company.

Are you ready to stop ad fraud right now? Request a free trial of Anura to see how we can help you put your focus back where it belongs - on the tasks that increase your company’s bottom line!

Fraud Detection: Online Survey Scams and How To Spot Them

3 Steps to Prepare Your Online Fraud Defenses for 2023