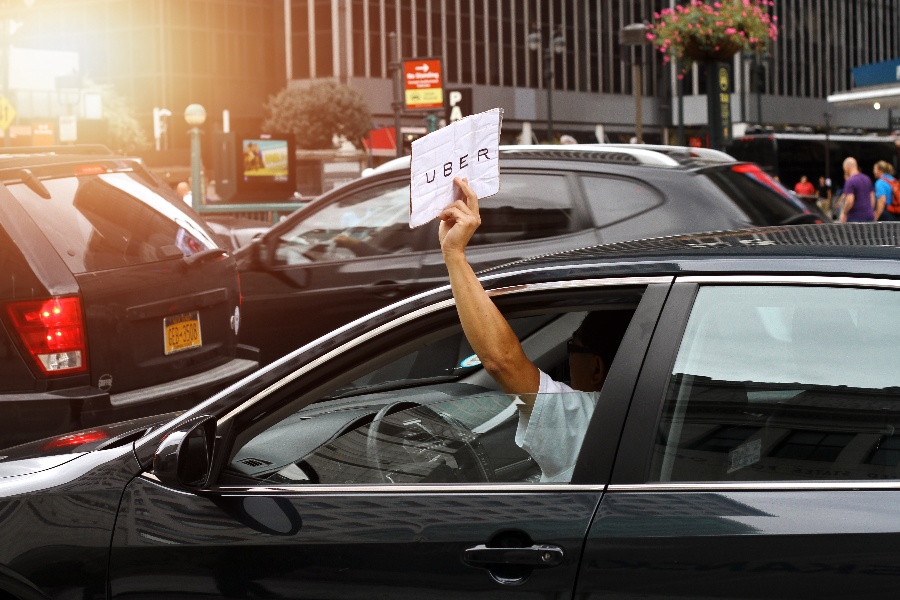 Despite the many advancements that have been made in the fight against digital marketing fraud, there are still numerous examples and stories about companies—even big ones—falling victim to ad fraud.

For example, Uber, the company behind the popular transportation services app of the same name, cut its ad spend significantly, but didn’t see an appreciable drop in online ad campaign performance. In other words, a large portion of the company’s ad spend was being wasted on fraud and wasn’t producing results.

It’s important to learn how companies fall victim to fraud as well as how they can detect and eliminate it—if only so you can apply the lessons learned to your own online ad campaigns.

Uber is a major company these days, but that wasn’t always the case. According to the company’s website, the idea for Uber started in December of 2008 in Paris when “Travis Kalanick and Garrett Camp couldn’t get a ride.” In 2010, the first ride took place through the app.

To help promote the company’s services over rivals like Lyft (and cab companies in local areas), Uber started to leverage the power of digital marketing to promote their phone app on various websites and brand-specific smartphone app stores.

According to a quote featured in Which-50 from Uber’s Head of Performance Marketing and CRM, Kevin Frisch, the company was spending roughly $150 million on ads. As Frisch states in the article, Uber “turned off 100 million of annual spend out of the $150 [million], and basically saw no change in our number of rider app installs.”

In short, roughly 66% of Uber's ad spend was either completely ineffective or was eaten up by marketing fraud schemes. Otherwise, simply cutting the ad spend would have produced a noticeable drop in new app installs.

Uber was so confident that it launched lawsuits against several ad networks that it blames for the failure of its online campaigns. Ad Exchanger reported on the lawsuit. The publication also appended a full PDF of the complaint, where Uber states that “Defendants were paid tens of millions of dollars to place mobile advertisements (or ‘ads’) for Uber, but instead, Defendants purchased nonexistent, nonviewable, or fraudulent advertising.”

How Did Uber Detect the $100 Million Fraud?

The question is: “How did Uber spot the fraud in the first place?” As noted in the Which-50 story, “the first inkling that there was a problem with Uber’s digital advertising was when he [Frisch] started receiving [complaints] about ads on Breitbart that he thought had been canceled.”

Uber’s leaders were concerned about brand suitability for their ads and wanted to protect the company’s image—which is part of the reason the ads for the Breitbart platform had been canceled.

When ads kept appearing on the site anyways, Frisch assumed that “the company’s blacklist was not being respected.” So, he “simply cut off any network that might have a relationship with the notorious right-wing site. That represented ten percent of Uber’s total spend on rider acquisition.”

After that first cut, Frisch noticed that there wasn’t any significant drop in new rider acquisition. So, the company started pulling analytics data and saw that there were numerous “things that just didn’t make any sense. Like there’s this app that has kind of 1000 monthly active users (MAU), and in theory, we got 350,000 installs from them… They didn’t even do a particularly good job hiding the fraud.” Even if the app had 1000 new users every month and converted 100%, it would still take 350 months (29.17 years) to reach that number.

In short, fraudsters were misattributing organic traffic (and potentially traffic from other marketing affiliates) to themselves. It took a deep dive into the analytics to discover this issue. However, once the right data was examined, the fraud was clear.

In 2020, Uber reached a settlement agreement with a company called Phunware, where Uber would receive $6 million dollars. The documentation notes that “the Court in the Action granted Uber’s motion for sanctions against Phunware, and ordered Phunware’s complaint against Uber as well as its answer to Uber’s cross-complaint stricken.”

Why Ad Fraud Is a Major Issue

Despite Frisch’s assertion that the fraudsters didn’t do a particularly good job of hiding the fraud, the fact of the matter is that they did tens of millions of dollars of damage in 2017 alone—and potentially every year for several years before getting caught.

Many marketers count on simple tools like CAPTCHA to stop marketing fraud committed using bots. Unfortunately, the bots used in fraud schemes have been optimized to bypass CAPTCHA tests. Additionally, many fraudsters use human fraud farms in their ad fraud.

Frisch pessimistically noted that “it would be sensible to assume that half of what’s out there on the display channels is fraudulent.” For past Anura customers, the percentage is usually between 40% and 50%, but it is certainly possible for ad fraud rates to be much higher than this range.

Although Uber was able to recover a portion of the money it lost to fraud via lawsuits or settlements, it’s nothing like a complete refund. Also, this “recovery” doesn’t account for attorney’s fees.

Worse yet, not all companies that commit marketing fraud will stick around for a lawsuit to be brought against them. It’s possible for a “fly-by-night” organization to close its doors and relocate, only to open up again at a later date with a new name. Without the ability to definitively attribute the fraud to the people behind the fraudulent marketing group, it would be extremely difficult, if not impossible, to recover the stolen money.

This is why it’s important to stop ad fraud before it can negatively impact your marketing campaigns.

So, how can you stop ad fraud from negatively impacting your own online ad campaigns? Here are some tips for avoiding or putting a stop to fraud by digital marketing partners:

How long has the marketing agency been in business? Who have they worked with (and is it anyone you’ve heard of before)? What were the results? It’s important to carefully vet each of your prospective marketing partners before entering an agreement with them.

If a marketing agency doesn’t have reputable customers or hasn’t been in operation long, that could be an indication that it’s an unreliable organization. Of course, every company has to start somewhere—but that starting point doesn’t have to be with you.

2. Make a Deep Review of Your Marketing Analytics

From time to time, it’s important to dig into the analytics behind your digital marketing efforts and look for any anomalies. The Uber story provides an excellent example of how effective this can be for discovering ad fraud. By going through their metrics, they found numerous anomalies that provided evidence of fraud.

So, making a periodic review of marketing analytics can be an effective means of detecting existing fraud. While this is a reactive rather than proactive fraud prevention strategy, it can help to minimize the damage done by fraudsters. At the very least, it allows you to identify fraudsters so you can cut them off.

Instead of paying affiliates when they bring in a “lead,” under a cost per lead (CPL) ad revenue model, consider tightening the requirements for reimbursement to make it so that affiliates are only paid when leads take a specific action—such as making a purchase.

While this won’t stop the kind of misattribution fraud from the Uber example—since people were completing downloads and the fraudsters were simply claiming credit for organic traffic—it can be useful for stopping less sophisticated fraud schemes.

4. Use Honeypots to Block Bots

One way to stop fraud techniques that rely on bots is to use “honeypots” in your websites. A honeypot is a hidden form or field that is invisible to users, but bots will still try to fill it out. When you see a lead with the honeypot form field in use, you’ll know that the lead is fraudulent.

More sophisticated bots may be able to avoid the honeypots—much like they avoid CAPTCHA. Additionally, human fraud farms can bypass this trick entirely.

However, despite the imperfections, this can be a useful trick for proactively stopping some of the more common fraud schemes.

5. Use an Ad Fraud Solution

Using this information, visitors can be flagged as “fraud” or “not fraud” automatically without any need to wait for manual review and intervention. All of the data used to identify fraudsters is put at your fingertips so you can know that the traffic is fraudulent and where it came from.