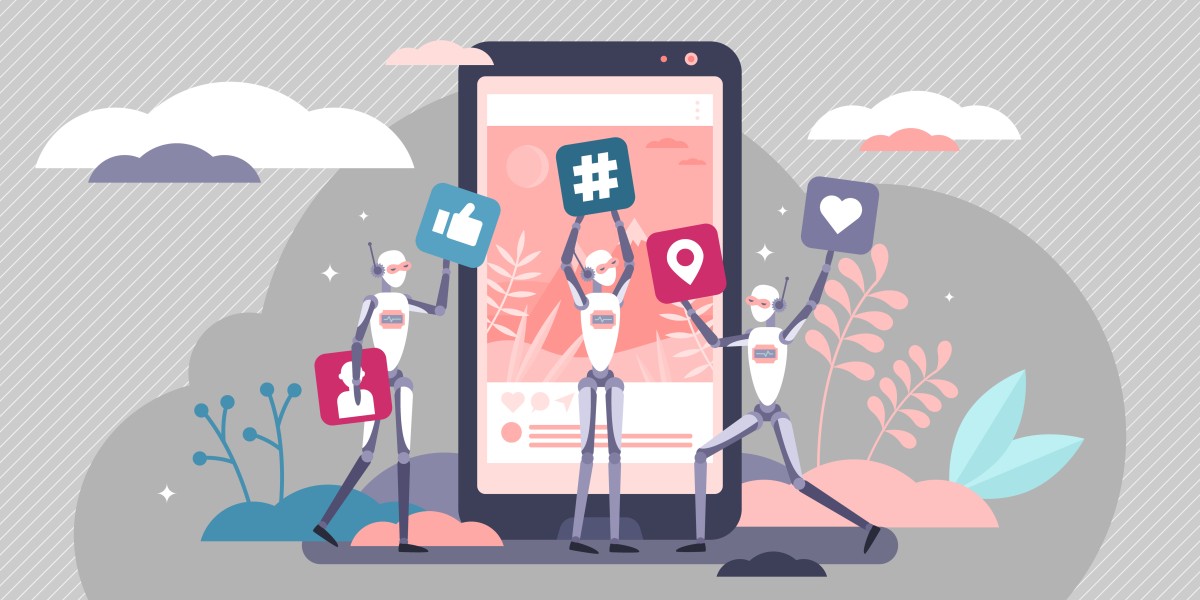 Internet influencers are online “celebrities” who have massive followings and can help start trends online by endorsing a product. Alternatively, they can drive their audience away from products by insulting them on social media. For businesses, entering into partnerships with influencers can be a great way to reach a new audience and generate sales.

However, not all influencers are equal. In fact, some influencers may not be as influential as they claim to be. There are so-called “influencers” who use traffic bots to cover up the fact that they don’t have as much influence or reach online as they advertise.

How Traffic Can Play a Role in Influencer Marketing

Not every marketer can know every internet influencer off the top of their head. So, to help identify valuable influencers, marketers and companies will look at their performance metrics—including user engagement and traffic to their various internet platforms. The more traffic an influencer has on social media, the more valuable they typically are as an advertising partner.

While traffic is far from being the only metric that demonstrates an influencer’s worth to an organization's online advertising campaigns, it is an important one—and one of the first metrics that most marketers will look at.

What Other Factors Should You Consider When Checking Out Influencers?

Traffic may be a major factor in determining the value of an influencer, but it isn’t the only one. Other things to investigate when looking at a potential influencer marketing partner include:

About 55% of influencers on Instagram have been found to be engaging in some form of fraud or fakery on the platform (Source: PRWeek). Influencer marketing fraud, or the practice of an influencer using bots and other fraud techniques to artificially inflate their engagement with advertisers, can cost millions of dollars.

How do influencers use bots to mess with their performance metrics and defraud advertisers of their money? A few of the basic strategies include:

In some cases, a fraudster might use bots to prop up several fake influencer accounts on different social media channels—allowing them to defraud companies several times before they can be caught and eliminated. Considering how easy it is to acquire organic traffic bots to use in fraud schemes, it’s little surprise that there are so many fake influencers online.

Considering how easily influencers can use bot traffic to inflate their numbers and defraud companies of their marketing budgets, it’s important to know how to identify such fraudsters.

How can you tell if an influencer is using bots to inflate their numbers or submit fake leads? Here are a few warning signs to watch out for:

One of the most basic warning signs that an influencer is buying followers or using bot traffic is that they have an abnormally large number of views on their content despite not having put out much content before.

For example, say you come across an Instagram account that’s only three weeks old, has five posts, and has 10 million views already. Odds are that this account is using bots to inflate its numbers.

If an influencer is using extremely simple bots that only refresh a page to artificially inflate view counts, then there is a strong chance that there will be little engagement on those posts. The average engagement rate for content on a social media site varies by the size of the audience and the platform—so it can be hard to establish what a healthy engagement rate looks like.

With this in mind, if a channel with 1 million subscribers were to have less than 100 likes or comments on a video, that could indicate that the traffic originated from bots that simply refreshed the page over and over again.

On the other hand, abnormally high engagement rates could also be a warning sign of influencer fraud, too. For example, if a post has 500k views and 495k likes, that’s far enough outside the norm to indicate that the influencer is using bots (or human fraud farms) to click and like the content.

3. The Majority of Engagement on Posts Is Low Quality

Fraudsters are getting better at hiding their fakery all the time. Some especially skillful fraudsters know what the average engagement rates are for social media and have their “organic traffic bots” try to imitate those engagement rates.

However, even a skilled fraudster only has so much time to program for things like commenting on posts and videos. So, a lot of the time, bots will end up leaving comments with very short, declarative statements that are complete non-sequiturs like “awesome video!” or “Great post. Very informative.” Or, if there are longer comments, they’ll be repeated almost verbatim over and over again.

In most cases, bots will use vague or non-specific comments so they can be applied to virtually any post without looking out of place. This allows the bots to be let loose on multiple posts to quickly build up a fake influencer’s online presence.

It is very rare for a long-established influencer to suddenly explode in popularity—it can happen if they release a piece of content that becomes an internet sensation or popular meme, but it’s rare. So, if you look at an influencer’s analytics data and they suddenly go from 5k subscribers/followers to 1 million in just a couple of days, that could be a warning sign that you’re dealing with a fraudster.

On the other hand, you may notice that an influencer that once had a lot of followers is showing a steady drop in views or followers/subscribers over time. In this case, they may have previously bought their followers or used bots, but lost their ability to pay for more. However, this could also be a consequence of an influencer losing popularity because of a scandal or their audience losing interest.

5. The Influencer’s Followers Are Mostly Blank or Low-Quality Accounts

Sometimes, the best way to determine if an influencer is real is to look at their audience. A lot of bots use very basic fake accounts to “engage” with the fake influencer’s content. These accounts may:

Being vigilant against traffic bots and influencer fraud is a good starting point. However, manually checking for fraud can be a massive time sink. Also, it’s easy to look at one metric and assume that something is fraud when it really isn’t—leading to false positives that cause companies to throw good leads away with the bad.

One way Anura stops fraud is by analyzing website traffic in real time as it comes through your website. This helps to detect form-filling bots that fake influencers might send your way. Also, by analyzing hundreds of data points at once and recording the reasons why traffic is flagged as fraudulent, Anura makes it easy to trace fake leads back to fraudsters and confront them.

Are you ready to transform your influencer marketing campaigns by rooting out the fraudsters and tightening relationships with the ones that are providing real value? Reach out to the ad fraud experts at Anura to get started!

​​Why Do Fraudsters Use Bot Programs on Affiliate Campaigns?

Why Do You Need an Ad Fraud Solution to Fight Botnets?