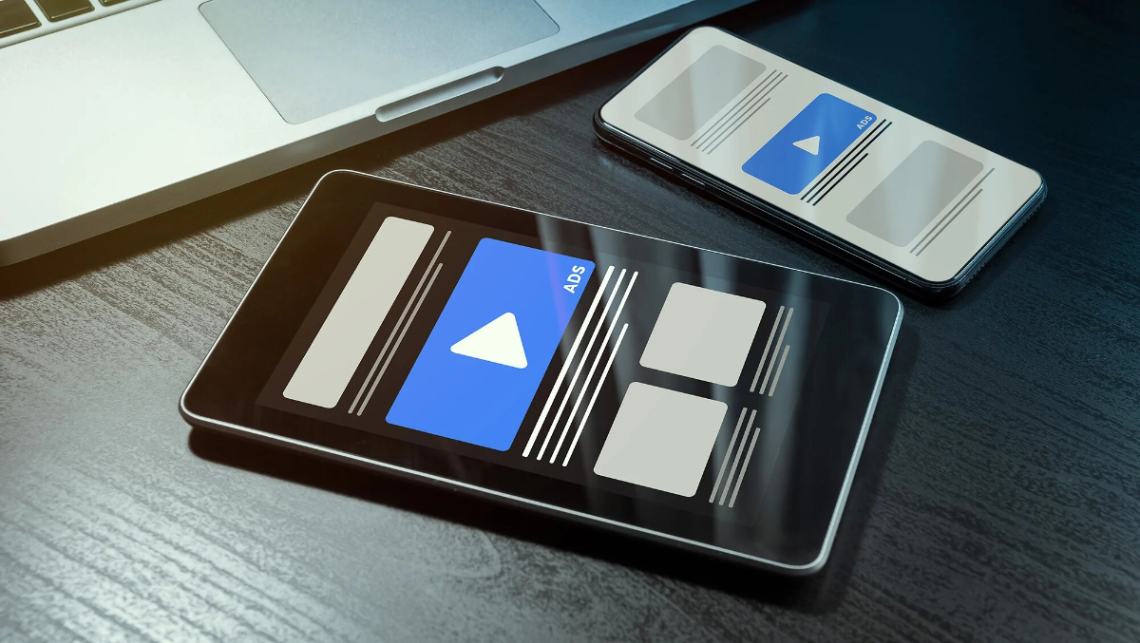 Buying programmatic ads can be an excellent way to quickly grow your company’s list of contacts and create new sales opportunities.

However, a large amount of online traffic comes from bots—many of them malicious ones designed to steal money from your programmatic ad campaigns.

Finding ways to keep ad fraud out of your online marketing campaigns is crucial for getting more out of your marketing dollars while avoiding becoming the next headline in a “Company Taken for Millions of Dollars by Fraudsters” type of story.

To help you master the art of avoiding programmatic ad fraud, here’s a quick explanation of programmatic campaigns, ad fraud, and some tips for fraud prevention:

What Are Programmatic Ads?

The terms “programmatic buying” and “programmatic campaigns” refer to marketing campaigns in which advertisers use software to purchase advertising space. This software uses a variety of rules and attributes to determine when to display ads to specific users at specific times.

For example, a programmatic ad for backpacks might appear in front of someone who has recently searched for school supplies, hiking equipment, or bookbags.

The upside of this is that it puts highly-targeted ads in front of an interested audience—which may explain why programmatic display advertising is so cost-effective compared to many other advertising channels.

The automatization of the purchasing process makes programmatic campaigns different from traditional ad campaigns which rely on negotiations with people, manual insertion orders, and the submission of requests for proposal (RFPs)—documents that solicit a proposal by a publisher interested in providing advertising space.

Based on a number of predefined criteria, programmatic advertising software makes decisions on what advertising space to purchase in less than a second.

Unfortunately, because such rapid decision-making processes cannot be monitored in real-time by humans, programmatic campaigns are vulnerable to ad fraud.

More than 50% of all digital display ads in the U.S. are purchased programmatically, and the practice is becoming increasingly popular as potential customers spend more time online and on their digital devices.

Direct programmatic advertising allows advertisers to purchase a specific number of impressions straight from publishers; the transaction does not involve other ad exchange parties.

Real-time bidding is an automated process that requires advertisers to bid for advertisement space, and the banner of the highest bidder is displayed on the publisher’s website. Every business must determine its strategic advertising goals and then determine which type of programmatic advertising best suits its campaign objectives.

RTB campaigns can benefit from pre-bid solutions that monitor advertising spaces before ad placements are launched.

Some pre-bid solutions are used to set strict rules for bidding on placements, thus allowing advertisers to pay only for ads delivered to the targeted audience at a time chosen by them. Other pre-bid solutions block adverse or contextually unsuited placement of banners, which is used to improve brand safety.

For example, a company willing to advertise a product containing sugar may not wish to advertise that product together with banners related to the prevention of childhood obesity and tooth decay.

To avoid the incompatible placement of advertisements, pre-bid solutions may scan pages for content that contain specific words (such as expletives).

About Demand Side Platforms

DSPs are software platforms used by advertisers to buy advertising space on other websites. Many DSP users employ impression-based revenue models (meaning they pay out based on how many people “see” the ad).

This is one reason why many DSP providers leverage viewability as a metric when checking for ad fraud—going “hey, look, it’s viewable, so obviously it’s legit.” However, this isn’t always the case.

About Supply Side Platforms

SSPs aggregate high-end traffic sources to monetize them through the DSPs used by programmatic ad buyers. Their goal is to sell as much ad space as possible for as high a cost as possible. This doesn’t necessarily motivate them to ensure that the ad space they’re selling is from legitimate sources.

Fraudsters have been known to use domain spoofing to disguise their fake, low-quality website as more valuable websites to trick SSPs and their customers. The advertiser ends up paying way more than they should for ad space on a fake website that will probably either hurt their reputation or only generate fake leads (or both).

The Risks of Programmatic Advertising

Although programmatic campaigns have important advantages, they are not risk-free. In fact, 39% of all internet traffic is from “bad” bots, while 25% is from “good” bots, and the remaining 36% is from actual people.

In short, your ads are more likely to be displayed to a bot than they are to an actual person.

Manual pre-bid, anti-fraud measures are unlikely to be effective in the field of programmatic advertising as this type of advertising requires decisions to be made in a fraction of a second.

Even many automated pre-bid solutions are only useful for stopping General invalid traffic (GIVT), which largely consists of simplistic and uncomplicated bot programs that are easy to identify.

Display ads often take the form of a banner or a box on a website. You may have seen examples of this when browsing different websites — like a banner advertising computer parts on a magazine website.

Video ads often get put on social media sites that support video content — such as YouTube or Facebook. Video ads that play at the start of another video are sometimes referred to as in-stream ads, while videos put at the top of an “up next” feed are called in-display ads.

In both cases, programmatic ads are presented to a viewer based on some kind of parameter related to that viewer. For example, a computer parts ad might appear to people who have shopped for computer parts recently, visited a “how-to” site for building a computer, or subscribed to a computer magazine or similar website or blog.

In theory, this enhances the effectiveness of the ad by targeting someone who has demonstrated an interest in the product or service they’re being offered.

What Is Programmatic Ad Fraud?

The Dirty Secret Your DSP Wants to Hide

While programmatic ads can be highly effective and cost-efficient, it isn’t all sunshine and rainbows in the programmatic advertising marketplace. A lot of DSP and SSP providers pay lip service to stopping ad fraud and only presenting you with valuable lead sources.

Some even boast that they’ve added pre-bid fraud detection solutions to stop ad fraud in its tracks. The problem is that the so-called “pre-bid fraud solution” is only geared to detect GIVT, not SIVT.

GIVT, or “General Invalid Traffic,” is a term for simplistic bots that are easy to detect (often because they’re meant for innocuous tasks like crawling websites so search engines can index them). Meanwhile, SIVT, or “Sophisticated Invalid Traffic,” is the true threat since it’s almost exclusively used for fraudulent purposes.

As a result, an “ad fraud solution” that only filters out GIVT for a DSP, can’t be considered a full solution for the RTB market.  In order to find the more sophisticated fraud, you will need to deploy a SIVT filter.

Case in point: Some Anura customers in the past have discovered that, for the leads that they got through their “safe” programmatic advertising networks, they still had 35% to 40% (or even higher) rates of ad fraud. In fact, one client had an ad fraud rate of nearly 90% — fraud that the pre-bid solution missed, but Anura’s ad fraud solution caught.

How to Stop Ad Fraud in Programmatic Campaigns

Ad fraud prevention can be incredibly important for programmatic campaigns. However, it isn’t always simple to stop fraudsters from taking advantage of your programmatic ads. Cybercriminals of all skill levels can enact a variety of ad fraud schemes to target ads placed using software solutions.

The question is: how can you stop programmatic ad fraud? Here are a few tips to get you started:

What metrics are you using to identify and eliminate ad fraud in your programmatic ad campaigns? Using a weak or unreliable metric (such as viewability) just because it’s simple doesn’t protect you from ad fraud.

On paper, it sounds effective. DSPs and SSPs want ads to be viewable.  However, the definition of “viewability” is that a minimum of 50% of the ad was "in view" for a minimum of 1 second. So, people presume that it must have been seen by a real person!

However, viewability alone doesn’t tell you who (or rather, what) “saw” the ad.

Technically speaking, a display ad that’s one pixel tall and one pixel wide could be counted as “viewable,” even though it might as well be invisible to the naked eye. Plus, nobody’s ever going to click on it outside of a possible accident. This is a common ad fraud tactic known as pixel stuffing.

To make a long story short, viewability is susceptible to fraud because it:

Vanity metrics (analytical numbers/KPIs that are often used to sell the validity of a solution but don’t provide the whole picture) are a poor way to detect fraud in any ad campaign. The problem is that they’re often too simplistic and easy to fool.

For example, the viewability metric doesn’t tell you a thing about who or what is viewing your ads, just that the ad was at least 51% “visible” on the page for a second or two. A bot program could fool this check easily by “scrolling” down the page to the ad, holding for 1.1 to 2.1 seconds, and then clicking off the page or on the ad.

Ultimately, it’s better to use a combination of many different metrics to identify fraud than it is to use any single data point.

Domain spoofing is a common fraud technique used to target programmatic ad campaigns. Here, the fraudster drives invalid traffic to an illegitimate domain while making it look like it’s coming from a trusted domain.

Some fraudsters may set up entire “lookalike” websites to trick unsuspecting ad space buyers into thinking they’re getting space on a popular website when it’s really a malware-laden trap.

So, it’s important to carefully check the domain names and registry data of websites when placing real-time bids. Also, if a website is known for not running RTBs, but it appears as an option in a real-time bidding process, that’s a red flag.

3. Use an Ad Fraud Solution

Ad fraud can be incredibly difficult to detect in a timely fashion—especially when you’re running enormous ad campaigns and are trying to manually sift through your marketing data for signs of fraud. In many cases, by the time you’ve spotted the fraud, the fraudster behind it is long gone with your money.

To counter these fraudsters, it’s important to have a solution that can check for ad fraud in real time. This way, you can be alerted to the presence of fraud before you end up paying a fraudster for fake leads.

However, it’s also important to ensure that the ad fraud solution collects enough data to eliminate the risk of false positives. This way, you can avoid accidentally throwing away legitimate business opportunities.

For any advertisers out there who want to make sure they aren’t spending money on fake leads and worthless impressions, it’s important that you don’t simply take a programmatic ad platform provider at their word when they say they have measures in place to stop ad fraud.

In many cases, their solutions simply aren’t enough to stop the more sophisticated fraud techniques. While some DSPs and SSPs do use effective ad fraud solutions and do their best to catch fraud, it’s smart to have independent verification of your actual rate of fraud in your programmatic ad campaigns.

Contact Anura today and request a demo of our ad fraud solution so you can see how to put a stop to programmatic ad fraud before it eats away at your marketing budget!

How to Fight Ad Fraud on Your Social Media Channels