The cord-cutting trend isn’t slowing down. With media titans like AT&T and Disney making big moves to offer consumers more streaming options, the market is being inundated with ways to ditch cable.

While this technology brings convenience, it also increases the risk of exploitation. Hackers are targeting streaming devices (and smart home gadgets), leaving users vulnerable to attacks.

Before you cut the cable cord, here’s what you need to know.

How Hackers Are Hijacking Smart Devices

When you unwrap that latest tech gadget, typically you’re not worried about security issues. Your primary focus is to plug in the device and start using it. However, consumer reports have found smart TVs like Samsung, home devices like Google Home, and streaming services like Roku can be hijacked by hackers who exploit security flaws.

For example, it’s been found that with Roku (OS 8.0 or lower) hackers have used a streamer’s external control API to control buttons and launch apps. Once they have control, they can access whatever their corrupt hearts desire. Scary stuff. 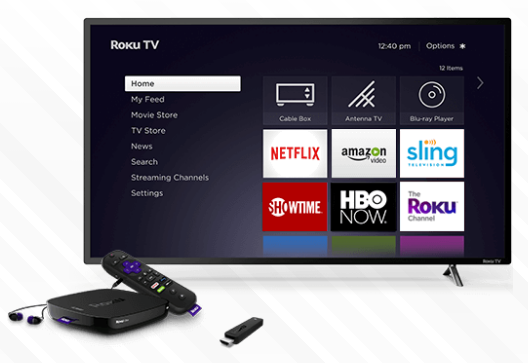 Users also have to be wary of DNS Rebinding. Here, a hacker executes a retro web attack. First, they create a malicious website to game any protocol that’s blocking unauthorized communication between services. Then using a method like phishing, they trick victims into clicking a link to their site. Once the victim is compromised, the hacker has access to the victim’s controls and data.

Other tactic hackers use is a zero-day exploit to gain access through home routers. Typically they’ll try one of two methods: hacking into a specific network or platform; or using a third-party code to get in.

Hackers are relentless, but there are steps you can take to limit your exposure and safeguard your devices. These include:

Changing Admin Password. Don’t forget to update the default factory password with something that is a combination of letters, numbers, and symbols.

Choosing a Random Wi-Fi Name. While it may be tempting to call your Wi-Fi network Jen’s House, don’t. Try to pick something random and less obvious. Also, don’t forget to disable your guest network access, and be selective with who you give access to your network.

Using Encrypted Sites. Stick to only using sites and services that have authentication protections for device APIs or encrypted HTTPS connections.

Staying on Top of Updates. Keep an eye out for security patches and software updates. By staying on top of firmware updates, you’ll keep your firewall secure and up-to-date.

Following these steps and staying ahead of hackers will hopefully give you peace of mind so you can enjoy your tech. Now go ahead and ask that question to your smart home device, or binge-watch those shows. You’ve earned it.

3 Key Ways to Use A.I. for Lead Generation

What is Ad Fraud and How Can You Prevent It