The Evolution of Fake News and Its Impact on Brand Safety

Pop question: Is Taylor Swift a satanist clone? Or is she just another victim of fake news?

Every day we’re inundated with fake news. From entertainment to politics to religion, anything and everything can be spun into a false story. Most readers don’t care if the news is fake, so long as it lines up with their personal narrative and agenda. If you don’t like Swift, then you have no problem believing “she’s the clone of a former high priestess of the church of Satan.”

Fake news is nothing new, it’s been around forever. But there has definitely been a shift in the prominence of fake news since the 2016 election. And for digital advertisers and publishers, fake news is affecting their brand safety.

Prior to becoming the buzzword of 2016, fake news was more commonly referred to as propaganda, an invention of the Roman Catholic Church. Created in 1622, propaganda is a manipulation tactic a group uses to persuade the masses. For centuries, it’s been used to push both good and nefarious agendas. 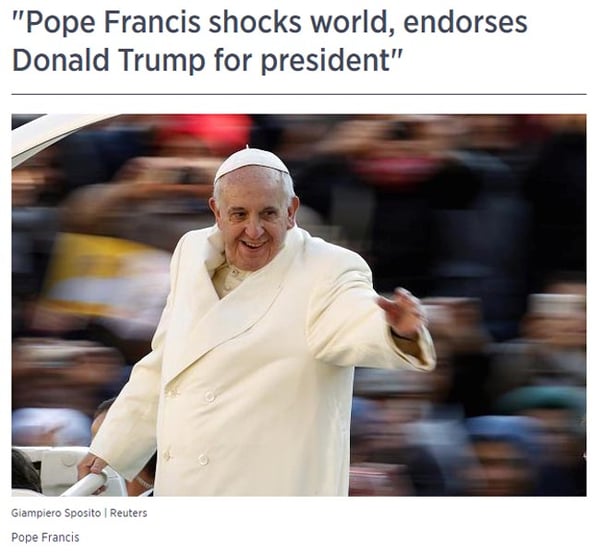 
While these types of clickbait articles certainly created tons of ad revenue, legit advertisers and publishers weren’t benefitting. In fact, they were put in the precarious position of navigating brand safety issues.

Prior to 2016, it was a far simpler time, when individuals used commonsense to discern the real from the fake. Like walking down the aisle at your local supermarket, it was easy to spot the sensationalist tabloids. And online sites like The Onion, a satirical site full of clickbait articles, clearly weren’t meant to be taken seriously.

Nowadays, ask someone if this Onion article below is real, and see what they say: 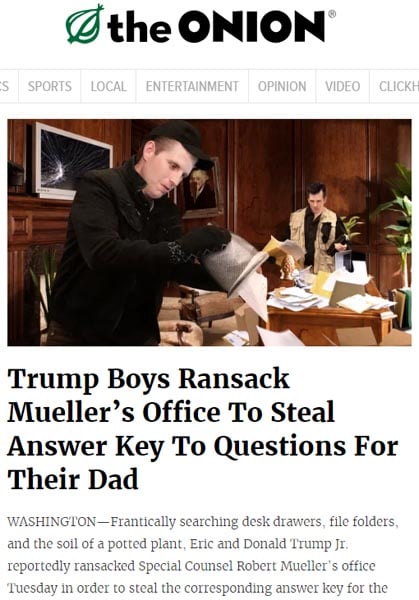 You’ll likely get a mixed response depending on a variety of factors (e.g. age, political affiliation, where they saw the article, etc.).

Let’s say, an individual who isn’t familiar with The Onion, saw this on their Facebook newsfeed. They, like most people, have a short attention span. They don’t feel like taking the time to read the article, plus they want to be the first to share it with their friends. They immediately hit share, and so the cycle of fake news starts. Once the cycle starts, it immediately begins chipping away at brand safety.

The Stakes Have Never Been Higher

In 2018, for the general populace, fake news is still just a nuisance. Oh, there goes Uncle Johnny or Aunt Betty sharing another article about “Millennials’ Avocado Toast Obsession Is Destroying 8-Track Tape Sales.” But for brands, fake news isn’t so innocuous. The stakes have never been higher.

It Harms Brand Trust. Brands want customers to trust them. When a brand’s ad is placed on an untrustworthy site that’s known for fake news, it reflects badly upon the brand. Think Disney appearing on Breitbart, or Fox News appearing on Daily Kos.

It’s Hard to Control. There’s also the issue that false news spreads faster than real news, which makes mitigating it harder. False news stories are 70% more likely to be retweeted than real stories. Ironically, it isn’t bad bots doing the sharing; it’s real people out there retweeting and sharing.

It Isn’t Always Easy to Detect. Sure, companies like Facebook are trying to make it easier to spot fake news, by making questionable news literally smaller. But that’s not stopping people from still clicking and sharing. 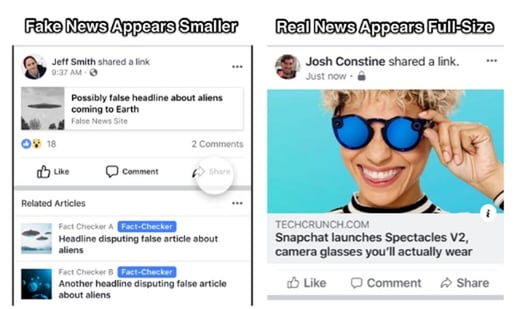 So, where do we go from here? The reality is you’ll never be able to stop fake news. But you can mitigate how it affects your brand. Consider blacklisting unsafe sites and whitelisting safe sites, vetting programmatic ad platforms, and using a tool like an ad fraud solution to help you avoid bad traffic and bots.

These are just a few ways you can lessen fake news’ impact on your brand until the next evolution. (Perhaps augmented fake news...)